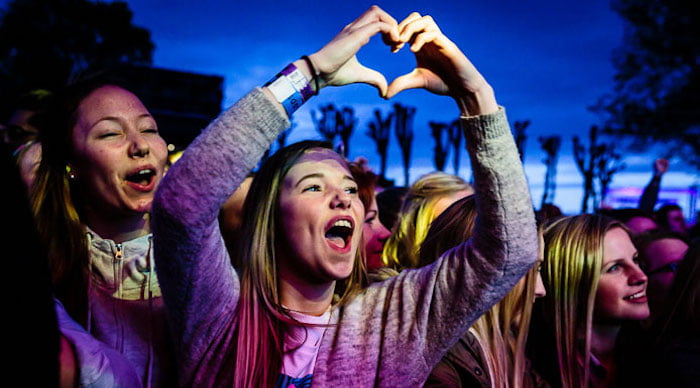 Live Nation-owned Bergenfest 2021 has been cancelled

After effectively ruling out the 2021 festival season, the governments in Denmark and Norway are now in the process of organising large-scale test events to determine how big gatherings can take place during the pandemic.

According to Denmark’s live association, Dansk Live, such experiments were proposed in December 2020 and also in March 2021 by the government-backed ‘Restart Team’.

Both proposals were “kicked to the corner by the authorities,” according to Dansk Live’s Esben Marcher, but it seems that Denmark’s minister of culture has had a late change of heart.

This week, minister Joy Mogensen asked the government’s Restart Team to assess the possibilities of conducting experiments with large events this summer.

The minister’s request comes three weeks after the government’s roadmap was published, which stated that a maximum of 2,000 participants will be permitted at festivals between 21 May and 1 August 2021.

The announcement was followed by a raft of cancellations from 15+ festivals including Roskilde (26 June to 3 July), Smukfest (4–8 August), Northside (3–5 June) and Tinderbox (24–26 June) – rendering the country’s 2021 festival season over.

While Dansk Live’s Marcher has welcomed the news of potential test concerts, he also expresses disappointment that large-scale pilots weren’t approved earlier in the year.

“Already at the end of 2020, we proposed to the minister of culture that experiments be carried out in events that bring many people together,” he says.

“The hope was that knowledge could be created that could ensure better opportunities for this summer’s events. Although it is positive that there now seems to be support for making trial arrangements, it is, of course, a pity that there has been no political will to launch trials in the past.”

The Norwegian government has also shown little political will to organise test concerts up to this point – though, after some uncertainty, this morning the cabinet finally approved a pilot series proposed by the Norwegian Institute of Public Health.

The institute is planning five test concerts in Bergen and Oslo with up to 5,000 people attending each one. As previously reported in IQ, 15,000 participants will be recruited for a control group and will not actually attend the concerts.

The series is expected to kick off in June and concerts will take place in a number of venues including Oslo Spektrum and Grieg Hall in Bergen.

The research project will investigate whether the risk of the spread of infection is reduced to such an extent that rapid testing can replace the distance requirement during events.

Bergen Live, Øya festival, Palmesus and other Norwegian concert organisers will be involved in the test events – many of which were forced to cancel festivals due to the government’s preliminary guidelines, which restrict festivals to 2,000 attendees until June, 5,000 attendees until August and 10,000 thereafter.

Live Nation-owned festivals Bergenfest and Tons of Rock, Superstruct-backed Øya Festival, Over Oslo, Picnic in the Park, Stavernfetsivalen, Seljord Festival and Country Festival among events have been cancelled since.

Compared with other countries in the northern hemisphere, Norway and Denmark have been slow off the mark with arranging test shows.

Germany began conducting test shows as far back as August 2020, with Restart-19, prompting other nations including Spain, France, the Netherlands, the UK, Belgium and Luxembourg, to follow suit. See an extensive timeline of pilot projects here.

While the test shows haven’t necessarily guaranteed the security of the 2021 festival season – many of the aforementioned markets have already seen the summer season obliterated due to government restrictions – nations like the UK are surging towards a full reopening thanks to reassuring results from the government’s Events Research Programme.