The 'Let's Do London' initiative is set to bolster the capital's culture, hospitality and retail economies to ensure the city bounces back 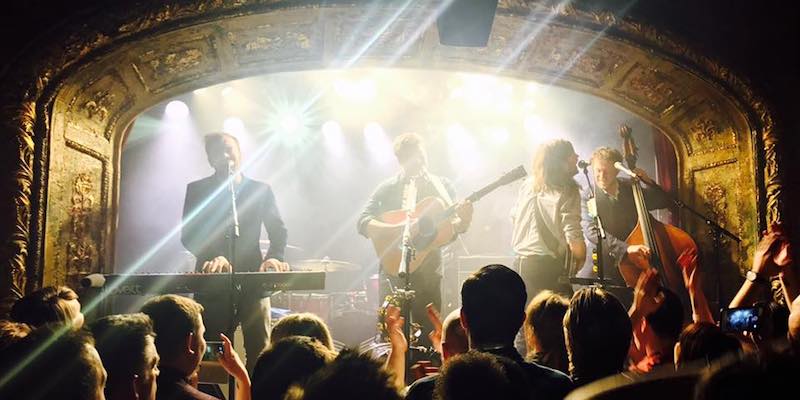 London’s live music venues are set to benefit from a £6 million campaign to boost the capital’s culture, hospitality and retail economies, as the city reopens under the government’s roadmap.

The mayor of London, Sadiq Khan, launched the campaign yesterday, hours after his re-election for a second term was confirmed.

The initiative, dubbed ‘Let’s Do London’, aims to harnesses the talents of major London arts and culture institutions with the mantra ‘jobs, jobs, jobs’.

Speaking to Time Out, Khan said: “Let’s Do London is the biggest tourism campaign our city has ever seen. The reason it’s so important is that the last 15 months have been incredibly tough for us. But I also recognise not just the intrinsic enjoyment we get from retail, culture and hospitality, but that one in five jobs in London are in those areas. We’ve got to make sure that we bounce back as quickly as possible to avoid mass unemployment, leading to a massive recession.

“Let’s Do London is about bringing all the key players in London together: the Globe, the National Theatre, the Southbank, the V&A, the O2, great chefs, great artists like David Hockney, great live music venues, pubs, bars and restaurants. We want to make sure that this summer is the best summer we’ve ever seen.”

“We’ve got to make sure that we bounce back as quickly as possible to avoid mass unemployment, leading to a recession”

Last year, international tourism to London fell by a reported 90% due to the coronavirus pandemic. Khan says he expects this year will be similar to the last and that it will be vital the capital attracts more visitors from around the UK.

As per the government’s roadmap, British music venues are permitted to reopen with social distancing measures and capacity limits from next week (17 May).

According to a recent survey from Music Venue Trust, it is estimated that there will be 91,500 individual live performances during the period, offering over 300,000 work opportunities for musicians as they finally get the chance to return to paid employment.

While UK music fans are eager to return to live music as quickly as possible, according to a survey of 25,000 commissioned by UK trade body LIVE (Live music Industry Venues and Entertainment).