The federal government has revealed provisional dates and capacity limits for large-scale events, as well as details of a 'pilot phase' 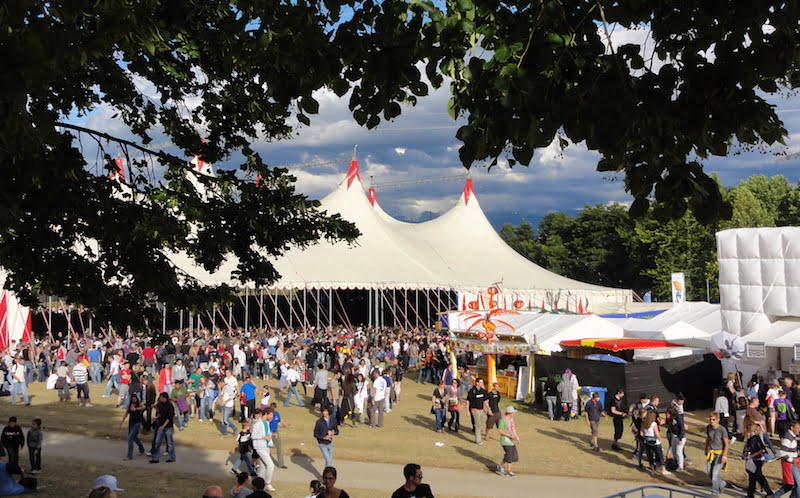 The Swiss federal government has set out the conditions under which the cantons can approve major events from summer 2021.

Large events with over 1,000 people have been banned in Switzerland since the end of February 2020 but that looks set to change next month.

From the end of May, the Swiss cantons should be able to approve large-scale events with up to 3,000 visitors (subject to restrictions), provided they are held after 1 July 2021 – in line with the country’s ‘protective umbrella’ insurance scheme.

From September 1, the upper capacity limit will be increased to 10,000 people.

The government stresses that the data and capacity limits are subject to the country’s epidemiological situation and the cantons must revoke permits or issue additional restrictions if necessary – in which case, the protective umbrella will take effect.

From September 1, the upper capacity limit will be increased to 10,000 people

As IQ reported in March, organisers will only be covered by the protective umbrella if their event has ‘cross-cantonal importance’ and takes place between 1 June 2021 and 30 April 2022. If an event meets those provisions, the canton in which it takes place can offer the organiser a permit.

It has now been revealed that, should an event be cancelled or postponed due to government-enforced Coronavirus restrictions, the organiser will bear a deductible of CHF 30,000 (€27,000) from the uncovered costs and a deductible of 20% of the remaining amount.

The Swiss government has said that in order to minimise the risk of contamination, only people who have been vaccinated, recovered from Covid-19, or have a negative test result will be allowed to attend large-scale events.

A uniform Swiss Covid certificate should also be available by summer, “which will make it much easier to check the evidence at the entrance,” according to the Federal council.

During the month of June, cantons should be able to approve the implementation of three pilot events between 300 and 600 cap

The council is proposing to trial the implementation of certain Covid restrictions during a ‘pilot phase’ in early summer with 300 to 600 people.

During the month of June, cantons should be able to approve the implementation of three pilot events with a minimum of 300 and a maximum of 600 people, according to the council.

Cantons and industry associations concerned will be able to express their opinion on the council’s proposals during a consultation on 10 May.

The proposals come too late for a number of Swiss festivals that have already called it quits on their 2021 summer events for the second consecutive year.

OpenAir St.Gallen, Gurtenfestival, Zermatt Unplugged, Caribana Festival and Thunerseespiele, Paléo Festival Nyon, Greenfield Festival, Rock the Ring and Baloise Session are among the festivals which will not take place in 2021.