New-found wealth in a time without touring

In the first of a series of columns by leading production managers, Chris Kansy reflects on life in lockdown and learning to live without shows 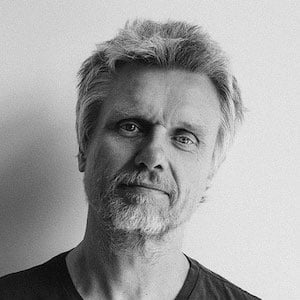 Most of us have been home for over a year now. The break from touring due to the pandemic has become a transitional period, out of an initial shock with the frailty of human existence on this planet, and into a new normal.

Are we the same people we were in 2019? My 5 am lobby call has been swapped out for eight hours of sleep. The after-show pizza and wine have been swapped out for reading a book or falling asleep to Netflix by 10.30 pm. I even have a workout routine and feel stronger now than I have felt in the last 20 years.

And then something else happened – I became a much better father to my ten-year-old daughter. Who knew? Despite the lack of work, I am incredibly lucky to be able to say this period has been enriching.

It’s an aggressive tug of war, pulling me back and forth between a healthy home life and the addiction to touring

With all this new-found wealth, why is it that some days I feel like I’m stranded in the desert, wandering around lost, looking for the loading dock?

The experience is an aggressive tug of war, pulling me back and forth between a healthy home life and the addiction to touring. This is a strong addiction and I feel the withdrawals every day.

Touring has instilled order in my life. I am regimented to a routine of: get off the bus, load-in, show, load-out, bus, hotel, load-in, etc. Disciplines are learned and muscle memory makes it all effortless. My body clock aligns with the job at hand. Responsibility, progress and accomplishment become my drug.

What do I do without this rush? How do I cope in this other world without that needed fuel?

There is no bigger rush than a great load-out

On the road, sleep is the thing I want the most and yet the hardest thing to get. I stand on concrete all day long. I drink probably more than I should. Why do I miss that so much? Is it because we are people who thrive on accomplishing routine miracles?

In our element, we get little hits of dopamine for everything we achieve throughout a 16-hour show day. It becomes part of our body chemistry.

There is a sense of belonging and tribalism we have with one another as well. We share teamwork and friendly competition. I love the banter between the stage-left PA fly guy and the stage-right fly guy as they compete to drop their last box.

There is no bigger rush than a great load-out. You know, the ones that flow so well it seems like the trucks are loading themselves? So good that even a cable bridge couldn’t screw it up.

On a personal level, I have accomplished so much more than I would have if touring had continued

The feeling of camaraderie is strongest when on the bus after a great load-out as you embark toward a day-off hotel. The wine tastes great and the food is hardy. The song being played is the best song you have ever heard. You can see the sense of accomplishment in each other’s faces. Life rarely gets better than at that exact moment. Man, do I miss it.

I do enjoy being home, though. Perhaps much of this withdrawal stems from financial uncertainty, which makes my feet feel heavy some days. But on a personal level, I have accomplished so much more than I would have if touring had continued.

This last year brought genuine life-changing experiences. I’ve had moments to sit back and ponder my and my family’s future. Build things. Create things. Experience things. I think it’s safe to say that I have grown personally.

Remaining optimistic throughout this period has served me well

Sometimes being scared can straighten you out a little bit as well. If I choose to think about money, I could easily fall down the rabbit hole of despair. Remaining optimistic throughout this period has served me well, and the spotlight at the end of the tunnel is getting brighter by the day.

The thought of going back to work again won’t be abstract for much longer. I look forward to walking into the venue to the aroma of bacon in the air, watching the trucks unload and feeling the euphoria of the house lights going out to start the show.

The pandemic has devastated our industry. Crew, vendors, venue staff and all the various businesses that support us have all had major setbacks. But as we begin to find our way out of the desert, it is possible that some wonderful things have also transpired.

I hope in my heart that after we get back to work and the anxiety has subsided, we can look back at 2020 and 2021 and have something to remember them fondly by.

Chris Kansy is a production manager who has worked with Roger Waters, Muse and Massive Attack.