The likes of Viagogo are actually weak and damaged

Now could be the opportunity to step up and standardise anti-ticket-touting practices, says FanFair Alliance's campaign manager Adam Webb 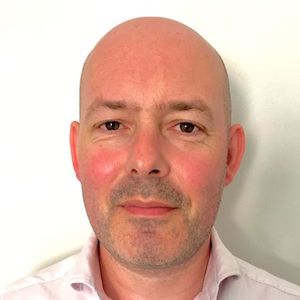 How must the smart people at Bessemer Venture Partners and Madrone Capital Partners, the two VC funds that bankrolled Viagogo’s US$4.05bn acquisition of StubHub, be feeling right now?

For Madrone, in particular, it’s been a tough couple of years. As well as losing $150m in the crash and burn of Theranos, they were also the lead investor in Quibi, backing the ill-fated short-form video service to the tune of $200m during the upwards part of its firework-like trajectory.


And then they met Eric Baker.

Much has been written about how the Viagogo/StubHub merger, completed one month before the world shut down, was, in the words of Forbes magazine, “The Worst Deal Ever”.

I’ve written about it myself, on this website – highlighting how the deal appeared wildly overpriced, even before we all became self-professed experts in vaccines and lateral flow testing, and how a combination of regulation and innovation were, in the longer-term, likely to fundamentally disrupt a secondary ticketing “business model” wholly dependent on search advertising and large-scale touts.

Added to that was the spectre of an investigation by the UK’s business regulator, the Competition & Markets Authority, who duly put the merger on hold, concluded that the acquisition created a “significant lessening of competition” in the UK, and subsequently ordered Viagogo to sell-off StubHub’s international operations before integration can complete.

Would-be suitors for the international (ie loss-making) parts of StubHub, as well as being approved by the CMA, will be required to run the platform as an uncapped resale service and in direct competition with Viagogo. In the current environment, that sounds a fairly unalluring prospect. Although, as Madrone has repeatedly highlighted, fools and other people’s money can be easily parted.

Meanwhile, and perhaps more alarming for those beleaguered investors, the credit rating of Viagogo’s parent company PUG LLC started to nosedive. They took on an additional $330m in loans, and then, earlier this year, informed regulators in Australia – who’d hauled them over the coals for making false or misleading representations when reselling tickets – that they couldn’t pay a AUD$7m fine due to the catastrophic impacts of the pandemic.

Oh, and Eric Baker reportedly embarked on a property spree in Beverly Hills, completing the purchase of his third mansion in September 2020 for $39m. Presumably, the pandemic not being quite so financially catastrophic for him personally.

And now, as detailed in a Guardian yesterday, there’s evidence to suggest much of the inventory on Viagogo doesn’t actually exist, and that speculative selling – some of it by businesses likely connected to Viagogo itself – is rife.

This could now be the opportunity to step up, to standardise the changes outlined in the FanFair guide

I certainly hope Bessemer and Madrone have digested the implications of Rob Davies’ latest investigation into the bizarre and artificial constructs of this market – and that they’ve studied the February 2021 Phase 2 Final Report from the CMA, which concluded that the value of tickets resold through the UK’s online ticketing platforms in 2019 was around £350m. Somewhat less than the £1.5-2.5bn estimated by Viagogo and StubHub.

As we all wait optimistically for gigs and festivals to return, and for normal life to resume, I hope that promoters, agents, artist managers, venues and primary ticket companies are also taking note, and recognising that, rather than all-powerful platforms, the likes of Viagogo are actually weak and damaged enterprises – and that the UK industry has been greatly empowered over recent years to prevent the exploitation of customers in the secondary market and offer them a better and fairer alternative when it comes to resale.

The wider industry can, of course, choose to do nothing. Shrug shoulders. Say how terrible ticket touting is while failing to enact the fairly simple measures that can help prevent it.

Alternatively, this could now be the opportunity to step up, to standardise the changes outlined in the guide FanFair published back in September 2019, and ensure there’s a wider push to properly communicate how resale works, and that those services are the best they can be.

“There is a mechanism in place to raise issues formally either with Viagogo or the regulator. The Guardian chose instead to write a misinformed article.

“Viagogo has strict measures in place to ensure the accuracy and compliance of listings and to prevent fraudulent selling, which are audited annually by a third party.

“In all transactions there is an onus on the seller to agree to certain terms and conditions, which includes the right to sell a ticket.

“Where we are provided with proof from a relevant authority of an abuse of these rules we will investigate and, if confirmed, action will be taken.”