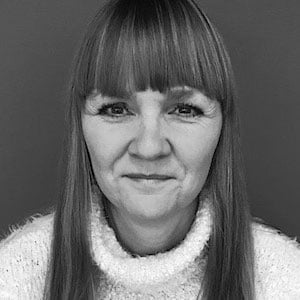 From its inception, I always wanted Independent Venue Week to be a positive and celebratory initiative. We truly believe the best way to encourage people to go to support venues is to excite them about being out in venues with (or without) mates and being the one to discover great new artists.

This year, we could not ignore the perilous situation our community found themselves in after the toughest year in their history. Getting the balance right publicly, as well as behind the scenes, was really important to us. We have venues, on the one hand, who shut their doors last March and aren’t engaging with anyone until their doors can reopen at full capacity, a stance we totally respect. At the other end, we have venues who have been really active with socially distanced shows, online streams, new merch lines and more. And then there are all the venues in between.

We had been in touch with all of our stakeholders at the end of last summer saying that given we weren’t expecting our usual run of live nights, would they like to get involved and host an evening of either ‘in conversations’ showing archive footage, or live-streamed shows. We had a great response and people we’d been looking to work with in the past came through, wanting to get involved and support the community.

When the news of the third lockdown came in January, it knocked out the socially distanced and livestreamed shows our venues, artists and promoters had put on, which was heartbreaking.

We’re well used to having a very busy run, especially in January, but the team not all being together in the office and dealing with the addition of numerous cancelled shows and a big increase in streaming meant this was a January like no other.

The support from our partners, including BBC 6 Music and BBC Introducing, meant we were able to tell stories and share experiences first hand from around the country about how the last 12 months had been for people.

As the week kicked off, we had 166 shows scheduled, including 61 live gigs, which felt like a huge collective effort from our community. We were able to premiere our documentary On The Road with Independent Venue Week and hold a live Q&A with some of the key contributors.

We thought long and hard about whether it was the right decision, but, ultimately, we felt showing live music in packed venues over two previous IVWs was a timely reminder about why these places are such important cultural hubs for the industry and local communities.

The week was going well with a number of live and pre-recorded streams, some great interviews from various people including The Big Jeff Chat series, as well as Simone Marie chatting to a number of artists and industry people.

And throughout the week, other new events were dropping in with support from so many artists including lockdown stalwart Frank Turner with another of his Independent Venue Love shows and a very cool video from Idles, with each band member performing ‘Carcinogenic’ from a different venue in Bristol.

We could see all of the hard work and effort coming to fruition, and for so many people this was their first chance to work and be back doing what they love, on and off stage. So, when PRS for Music came crashing in on the Wednesday, with their new Online Live Concert Licence, it felt like a real Trumpism. It’s one thing to announce a restrictive and ill-thought tariff on streaming during the week that the country celebrates and supports venues, but to do so when so many people were pulling together to support all areas of the industry, and without consulting stakeholders or your staff, defied belief.

The result for everyone involved was the immediate cancellation of a number of shows for the last few days, at various venues up and down the country. At just five of the venues, 15 shows were cancelled, resulting in 152 people losing paid work. In spite of this, there were some live shows and plenty of other events and it felt like the week delivered the spotlight on our community in a sensitive and uplifting way. [PRS has since abolished the planned paid tariff in favour of a free licence.]

Like everyone, we are looking forward to next year – being back out at shows in person, in busy venues, discovering new places, making new friends and falling in love with new artists.