Wireless and Parklife sold out in record time, while Cambridge Folk Festival and Belladrum have cancelled for the second consecutive year

Wireless and Parklife have joined a slate of other UK festivals in selling out their 2021 editions, while other festivals such as Belladrum Tartan Heart Festival, Cambridge Folk Festival and Margate’s Hi-Tide have decided to call it quits on this year, citing a lack of insurance and uncertainty as the reason.

Wireless Festival 2021 sold out of first release tickets within 24 hours of going on sale, even with the line-up yet to be announced.

The London festival will return once more between September 10-12 this year, but it will move from its traditional Finsbury Park location to South London’s Crystal Palace Park for the first time in its history.

Wireless Festival 2021 sold out of first release tickets within 24 hours of going on sale, even without a line-up announced

Wireless promoter, Live Nation-owned Festival Republic (FR), previously announced that one of its other big-hitters, Reading Festival (cap. 105,000), has also completely sold out.

Weekend tickets for Leeds Festival (75,000-cap.) are also gone, according to the festivals’ Twitter account, with only limited Friday and Sunday day tickets remaining.

FR also recently confirmed that Latitude Festival plans to run at ‘full capacity’, provided ‘the prevailing situation in the UK is deemed safe’.

The four-day festival, which takes place at Henham Park in Suffolk on July 22-25, will feature performances from Lewis Capaldi, Bastille, First Aid Kit and Snow Patrol, with more still to be announced.

Parklife enjoyed similar success to Wireless, selling out its 2021 edition in record time

Parklife, Manchester’s premier hip hop and electronic festival, is enjoying similar success to Wireless after selling out its 2021 edition in record time. Tickets ranged from £84.50 for day passes to £199.50 for weekend VIP.

Megan Thee Stallion, Skepta, Jamie xx and Little Simz are among the artists scheduled to play Parklife 2021 on 11 and 12 September in Heaton Park. See full line-up below. 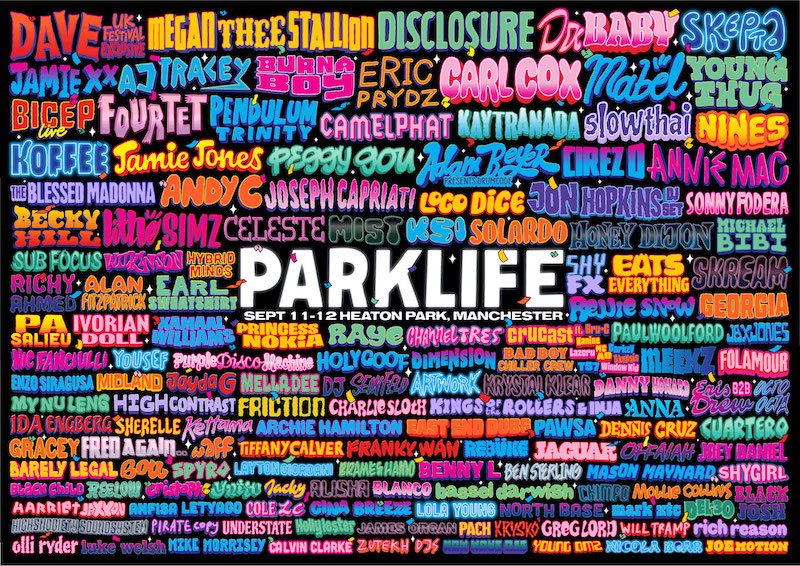 However, Johnson’s reopening roadmap hasn’t instilled confidence in everyone. Cambridge Folk Festival has pulled the plug on this year’s edition, planned for 29 July to 1 August, citing uncertainty about the organisation of large-scale events this summer.

“Despite the government roadmap out of lockdown, we still don’t know whether artists will be able to travel internationally and what steps organisers would be required to take to keep the public safe,” Cambridge councillor Anna Smith told Cambridge Live.

“Despite the government roadmap out of lockdown, we still don’t know whether artists will be able to travel internationally”

“With summer and the need to make binding contractual commitments fast approaching, we couldn’t delay a decision any longer. We are all so upset that we can’t have the festival this summer, but we look forward to being together again in person in 2022.”

Cambridge Folk Festival is one of the longest-running folk festivals in the world, having launched in 1965.

“We have been working closely with the rest of the UK event industry in lengthy conversations with Westminster Government to provide an insurance policy for our industry. Without this, the risk of pushing on with planning with no certainty on what the future holds is simply too huge,” reads a lengthy statement on Belladrum’s Facebook page.

“We don’t want to deliver an event we aren’t proud of or compromise in any way on the magic that makes Bella so special to all of us.”

Margate’s Hi-Tide Festival (cap. 15,000) is postponing its inaugural event for the second consecutive year, also citing the uncertainty around this summer.

The two-day festival was due to make its debut from 3-5 July at Dreamland Margate theme park with headliners Fatboy Slim and Madness. The organisers hope the festival will launch in 2022.

Other UK festivals set to return this year include Kendal Calling (Cumbria), Victorious Festival (Portsmouth), Arts By The Sea Festival (Bournemouth), all of which announced plans this week.

Fieldlab shares results of initial Back to Live tests

Barclaycard Arena set to open for first time in a year