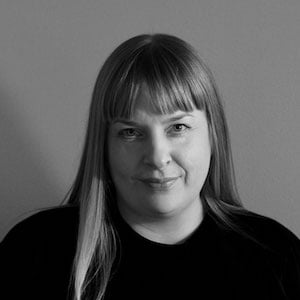 We’re rather used to being on the top of the world, up here in Norway. We have oil wealth and plenty of fish in the sea. We’re a country that always ranks high in the World Happiness Report and on the UN’s list of the best places to live.

The government’s strict actions in handling the Covid-19 pandemic have also made us one of the countries with high scores on the Covid Resilience Ranking. But the Norwegian live music business is still stuck in the rut. More than it needs to be.

Little did we know, when IQ Magazine published its Norway Market Report in October 2019, how rapidly our world would change. The Norwegian live music business hit “the corona wall” during the first week of March 2020 and has been in the dark ever since.

Without knowledge of how funding will be distributed, it’s almost impossible for organisers to take a financial risk

Our experience with the pandemic has been similar to most other countries. The cycle of lockdown, followed by periods of careful optimism, followed by new waves of the virus spreading rapidly, and new lockdowns. Being in an economically privileged situation, the Norwegian government already provided compensation from the scheme for organisers and subcontractors in the cultural sector in the early days of the pandemic.

Since then, the government has also launched a stimulation scheme, aiming to get organisers back in business, even with limited capacities and social distancing regulations. The last sum added to the pile was NOK350m [€33m] for a financial safety net to allow festival organisers to plan for July and August without the financial risk posed by a potential Covid outbreak. This makes us fortunate in so many ways, and we know it.

But it’s not all fun and games. The major problem now is that none of the announced emergency funding schemes for the cultural sector are up and running for 2021. Without knowledge of how funding will be distributed, it’s almost impossible for organisers to take a financial risk planning anything. No one really doubts the good intentions from our minister of culture, Abid Q. Raja, to keep the music business afloat, but the money can’t help anyone if it’s not being distributed.

There’s also a growing frustration that emergency funding for 2020 has had some severe failures, especially regarding artists and subcontractors in the cultural sector. For the associations in the live music business, who have struggled with the government to get the funds to work according to their intentions, the last 11 months can best be described as an everlasting uphill race.

As we close in on the one-year mark, it’s also getting more and more obvious that we’re falling behind on the road to reopening. The ministry of cultural affairs has appointed a working group that has been tasked with the safe reopening of large outdoor events this summer. But the Norwegian government can be described as risk averse, at best.

Some will claim that the cultural sector is being systematically prioritised last when it comes to the government’s measures to tackle the pandemic; always the first to be shut down, always the last allowed to open. Venues are still under strict regulations. From Tuesday 23 February, you can put on concerts with a maximum capacity of 100 people indoors, regardless of how large your venue is.

We have urged the government to differentiate more, to trust organisers’ professionalism and serious experience in crowd management. If the max capacity in shops and department stores can vary in accordance with the space available, why not apply the same to venues? But the health authorities say it’s “too hard,” and by applying this to politics, the government continues to ignore the fact that the only thing that can save the music business as a whole is to bring us back to live, in numbers.

The health authorities are also showing little or no sign of wanting to talk about a reopening strategy, and it seems utopian to even think about doing test shows in Norway in the foreseeable future. It’s quite ironic, considering the resources we possess as a nation.

So, with no available funding and very limited possibilities for planning and doing live shows, the Norwegian live music business is stuck playing a waiting game. It’s excruciating, and we see people giving up on the music business every week. Still, we have to look for the rays of hope. We will return to live.