ILMC 33: The Open Forum reflects on the year that wasn’t 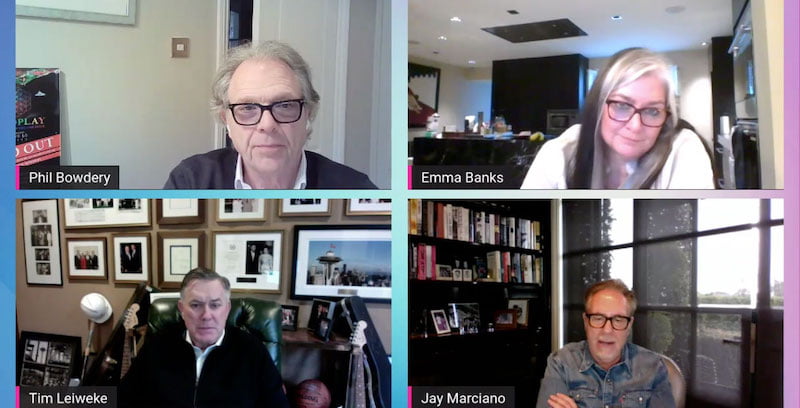 Fresh off the back of the worst year in the history of the live music business, a quartet of industry titans put their heads together to figure out where we go from here for ILMC’s traditional opening session, the Open Forum, which moved to a mid-afternoon time slot for this year’s one-off digital edition.

Live Nation’s executive president of international touring, Phil Bowdery, kicked off the panel in a different way to usual. “We normally start off this session by talking about the year’s biggest grosses,” he said, before asking panellists how they’d spent the past year in the absence of selling hundreds of thousands of tickets.

Emma Banks, agent and co-head of CAA in the UK, summed up the mood when she said “we’ve all been busy fools”, rearranging tours and shows with no knowledge of when live music might be able to return. “Anybody that claims they know when we’ll be able to do international tours, they know something the rest of the world does not,” echoed Tim Leiweke, CEO of Oak View Group. “This thing has its own path of destruction it has to reap, and we’re going to have to be patient.”

When the time is right, “we have to open up globally,” said Jay Marciano, CEO of AEG Presents. “There was a time last year when everyone was experimenting but socially distanced shows, but at 50% [capacity] we realised we’d basically paid for the lights and the stagehands and then not made any money. And it takes away from the live experience.”

Referring to the number of fans who have kept their tickets for postponed events, Marciano added that he’s been struck by “how patient our fans have been”.

“I want to open up – I have $5 billion invested in nine new arenas. But in order to open up we have to have an agreement [as to when], because if one of us opens up too early it’ll affect the rest of us, too.”

“We’re still losing 2,000 people a day in the United States to this virus. So we need to hunker down” until it’s safe to reopen, he added.

While “Covid has been horrendous”, there have been upsides to 2020’s time out, said Banks. “One thing that has been good is no planes – hopefully that’s been helping the planet we’ve been wrecking,” she explained. “Travel represents a tiny amount of carbon emissions, but – without taking away the gig – what we’ve learnt with Zoom, Webex, Teams, etc., is that we don’t need all the meetings we have, which we fly all over the world for often, often only for a day. We need to rethink what we’re doing.”

She also highlighted that artists have had time for other projects, whether its working on a book or starting a podcast, because they haven’t been on the road.

Both Leiweke and Marciano also pointed to advances in new technology such as 5G while touring has been on pause. “Technology didn’t take a year and a half off,” said Leiweke. When shows return, “we’re going to be see brand-new technology that will enhance the experience but won’t replace it”, he added.

Whenever it is live returns, none of the panellists were in any doubt about fans’ continued passion for live music, referencing the incredible pent-up demand for shows that has been building throughout 2020/21.

“There’s a whole load of catching up to do,” said Banks. “But it will be OK.”

Tickets for ILMC 33, which include all panels available to watch back until 5 April 2021, are still available. Click here for more information.