If open-air events go ahead this summer, they will likely be dominated by domestic acts, said a panel of international festival experts at ILMC's Festival Forum panel 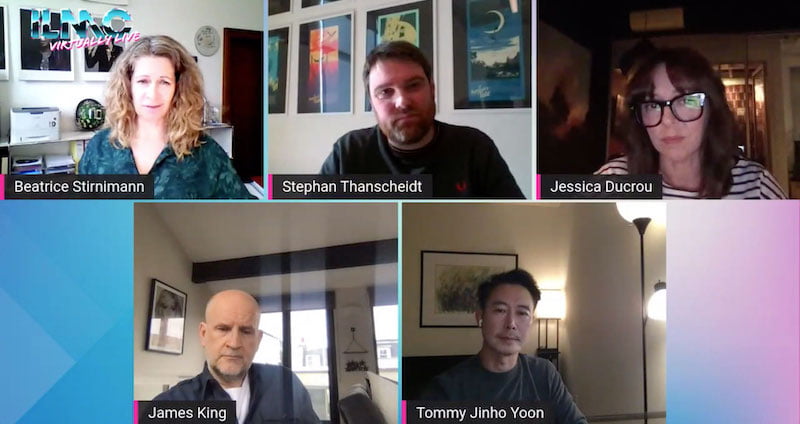 Gathering speakers from Australia, South Korea, Germany, Switzerland and the UK, Festival Forum: Reboot & reset delved into the states of those local markets and their various timelines for reopening.

Moderator Beatrice Stirnimann, of boutique event Baloise Session, explained that when her event was cancelled early on in 2020, it allowed the organisation to spend time concentrating on a series of livestreaming shows, leading her to quiz her fellow speakers about how they have spent the last 12 months.


Stephan Thanscheidt, CEO of FKP Scorpio, disclosed that the company had to get creative during last year’s first lockdown by developing digital versions of festivals to prepare audiences for the rescheduled 2020 festivals, although he admitted that this year’s diary is now looking precarious as well.

Thanscheidt said tickets are currently on sale for events, but nobody is buying at the moment. “I don’t see festivals happening in June or July in continental Europe,” he stated, adding that he believes a lot more events will cancel their 2021 events in the coming weeks. “We have to think about strategies to keep people on board to have the best possible outcome for 2022.”

Jim King reported that AEG Presents took a view to pause and review what the situation was during the past year, while the company tried to be a voice to support the various organisations that have been lobbying on the industry’s behalf. “With the success of the vaccination programme in the UK, it’s giving us a foundation to build off,” he said. “What is important for us [in the UK] is that we now have these ‘not before’ dates which brings all the stakeholders together in the industry so everyone can align. That means that the planning side now becomes easier, although it’s still not easy.”

Jessica Ducrou of Secret Sounds explained that the company has recently rescheduled its 2021 edition of the Splendour in the Grass festival from July to November. “We’ve been offering refunds to people, but the retention is high at 90% despite rescheduling three times. So that shows that people are really looking forward to events reopening,” she said.

Tommy Jinho Yoon of International Creative Agency revealed that there are shows currently happening in Korea, but a travel ban means there are no international acts performing at the moment. “I’ve been doing the same as everyone else at the moment – basically putting out fires,” he said.

Explaining that his events generally twin with festivals in Japan to share acts, Yoon observed that optimism appears to be is higher in that country than Korea, which informed his decision not to plan any festivals in 2021. However, he revealed that the shows he is booking for Q1 and Q2 of 2022 are in conjunction with artists who are also confirming Australian dates, hinting that international touring could be on the way back sooner than some people imagine. “When our shows go back on, it’s going to be intense,” said Yoon. “Machines are not going to replace that.”

For her part, Ducrou told her peers that Australia is gradually getting back to business. “Domestically, artists are touring not at full capacity, but the shows are getting bigger,” she said, noting that the government recently gave approval for a festival at Easter with a 50% capacity and other restrictions.

“Using domestic talent is where Australia is at the moment. Shows are getting bigger and density is getting higher, so I’m optimistic,” added Ducrou. But in terms of international acts, she stressed that the mandatory two-week quarantine for anyone entering the country remains the biggest challenge.

On a similar note, King said exploiting domestic talent made sense for the UK while there is a high degree of hesitancy for international acts to travel. Therefore any AEG events this summer would likely be dominated by UK artists.

However, Thanscheidt said that having only domestic artists would not work for some of Scorpio’s festival brands, where restrictions such as social distancing or zero alcohol policies wouldn’t be a good fit either.

But Thanscheidt also ended on a positive vibe, by repeating a theme that has run throughout the discussions at ILMC, thanks to regular calls that the FKP Scorpio team have had with the likes of AEG Presents, Eventim Live, Goodlive, Live Nation and Superstruct as part of Yourope’s Solutions for Festivals Initiative. “The teaming up by different companies in solidarity is, for me, a very astonishing and very good outcome,” he declared.