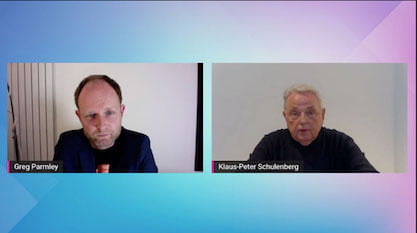 Klaus-Peter Schulenberg believes it will take the industry until late 2023 or 2024 to get back to the same levels of business that it enjoyed pre-Covid.

The founder and leader of CTS Eventim – Europe’s largest live entertainment group and second only globally to Live Nation – made the statement during his ILMC keynote interview with conference managing director Greg Parmley.

Schulenberg was responding to a question about consumer confidence in a post-pandemic world and revealed that his company’s research indicated that 80% of people would buy a ticket three months after the end of the pandemic. But that meant 20% of people that were surveyed would not be willing to buy a concert ticket. He observed that of the company’s record-breaking sales in 2019, 39% of ticket buyers across Europe were below the age of 34; 22% were aged 35-44; and the remaining 39% were aged 44 and older.

“Reopening is not recovery”

That problem prompted his assertion that artists and agents needed to understand that they should be more modest in their demands as the industry starts to recover. Indeed, he suggested that promoters should try to persuade the artists to share in the risk of a show. “The guarantee should go down,” he said, while acknowledging that such conversations did not always find a sympathetic ear.

“It will take until late 2023 or 2024 to get back to the levels of 2019,” he predicted, before revealing that show costs could rise by as much as 15-20% in the short term because of the effect of the pandemic and the fact that local costs will be much higher than they used to be.

“Look at the stagehands, look at the security, service companies for light and sound and maybe even the venues will try to make up their losses which they incurred in 2020 and probably 2021 as well,” he explained.

Elsewhere, Schulenberg said the adoption of 5G technology was something his company had been working on, as they could radically change the way shows work – citing fan to fan communication and fan to artist communication within a show as possibilities. “We want to stay as a technological leader, so we have been working on new tech and new features and I am pretty optimistic in this respect,” he commented.

He also opened the doors to collaborating with rivals Live Nation and others when it comes to improving the industry’s lobbying efforts with politicians and policymakers.

“I never take competition personally,” he said. “We are all in the same boat and I am a fan of good partnerships – that’s how we made our business and we welcome everybody to partner with us. It’s to all of our advantage.”

But he concluded that the industry needs to understand that having a strong voice requires expenditure, although he suggested that many companies are not ready to put their money where there mouths are. “We need professional associations and we have to know that professional associations are expensive – they cost money – and the industry must be willing to invest, but I think that’s a problem,” he observed.