Live from Reykjavik: A Rey of light

Will Larnach-Jones, director of Iceland Airwaves, details how organisers showcased homegrown talent by recalibrating the cancelled event as Live from Reykjavik 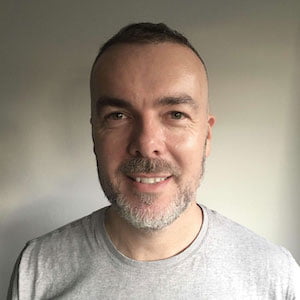 After a strict lockdown in March, and a huge effort to contain Covid with track-and-trace measures and widespread testing, it felt like Iceland and its live music scene was gearing up to return to normal for the second half of 2020.

Then the second wave hit, bringing in measures that rendered live shows next to impossible – strict curfews, distancing rules, and significant reductions on gatherings. While Iceland Airwaves, which was scheduled for 4 to 7 November, had been optimistic about going ahead in real life, we were forced to pivot quickly.

Thus, Live from Reykjavik was developed – a two-day virtual Iceland Airwaves. For this edition, the decision was to focus entirely on local talent and to use the moment to showcase Icelandic music to the world.

Given the situation this year, there was an unprecedented number of Icelandic acts “at home”. It was important for us to give this special edition a real Icelandic focus. The idea for the stream event was to combine some better-known names with some newer artists, or artists who had yet to enjoy significant exposure outside of Iceland. We’re spoilt for choice in Iceland; the musical talent in this country and the creative output is oversized in comparison to its population.

Iceland Airwaves has, for many years, worked to balance gender in its programming. Reaching the pledge in 2018 (and having worked to this brief before Keychange’s inception) meant that it felt entirely natural to bring the same approach to the digital space.

When it came to finding gender parity in the stream, it felt like an easy choice for us. The remit for Iceland Airwaves has always been talent first, not meeting quotas. We choose who we believe to be the best talent out there, and we believe as a festival there’s more than enough talent across the gender spectrum for us to make balanced choices.

Nanna from Of Monsters and Men and Emilíana Torrini have been some of Iceland’s biggest success stories. For bands working hard to break through internationally, we had so much strong and diverse talent to choose from: the dark synthwave of all-female trio Kælan Mikla, the jazz-nflected cool soul of GDRN, longtime Airwaves rockers Mammút, the sucker-punch delivery of rapper Cell7, and Bríet, who’s currently Iceland’s most popular radio artist.

Many of these artists are award-winning performers at home, and leaders in their respective genres and on top of their game, so it’s no surprise that many of them are part of the Keychange programme.

The four core team members were also split evenly, gender wise. Over 50% of the team leaders from our stakeholders and sponsors were female. While the production and film crew was predominantly male, the chief producer/director on the film side was female.

As with any other year of our festival, gender equality is part of our identity and the Keychange gender pledge is an important marker of success for us. I would encourage all music organisations to get involved and to keep monitoring representation, so we’re all, as an industry, working towards wider progress and sustainability together – whatever your genre, sector or location.

For Live from Reykjavik, it was was important to select performers who had honed their live shows and that were willing to embark on this adventure with us, stepping up to the challenge of performing with no audience and being filmed in such an intimate way.

The artists were filmed in some of the venues and spaces we normally use for Iceland Airwaves, such as Gamla Bío, Iðnó and the Reykjavík Art Museum. We also went further afield with Bæjarbíó in Hafnarfjörður, and to a couple of recording studios. We had around 90,000 viewers, including around 12,000 from outside of Iceland.

As a boutique festival, Iceland Airwaves typically enjoys 4,000–5,000 international visitors per year, so we were very happy with this as a first step into streaming/broadcast. The response from viewers to the performances and how they were captured was phenomenal – we’ve learned so much from the event.

We know that while not everyone can attend Iceland Airwaves each year, many people are keen to stay in touch with the festival and the Icelandic music scene, and giving some people the option to view online creates more opportunities and excitement for all.