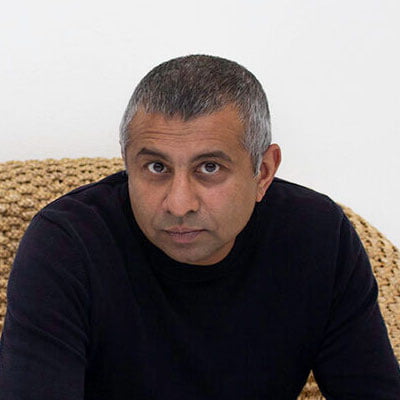 Wow – what an incredible year it’s been. I vividly remember my first time going up to bat for UK Music’s Diversity Taskforce, as their new chair, feeling intimidated and overwhelmed in the Universal Music Group’s boardroom. The mighty UMG – home to Island Records, Polydor, Virgin – had agreed to host our inaugural session right where the big deals were done; the Rolling Stones, Sam Smith and Stefflon Don probably all inked deals or demo-ed LPs right here.

We’re in the same space discussing diversity in the music industry, with all the trade bodies and all the major labels around the table. I was nervous, even with vice-chair and veteran of the music world Paulette Long to back me up and keep me in check. But we didn’t know that when we left the room, the world was about to turn upside down.

This is March 2020. Parts of the UK are celebrating our exit from the EU with post-Brexit parties and a sense of euphoric win. Something else that’s in the air is Covid-19, but despite footage of super hospitals being built in China, it’s not yet being taken seriously here. Just a few months later; George Floyd is brutally killed beamed directly onto our phones.

The outcry over the murder of George Floyd once again highlighed injustices in the law, amplifying the voices of the Black Lives Matter movement. Theirs would soon become the strongest voice for global justice, equality and equity. It resonated with our UK youth like never before; modern, contemporary, organised and effective at all levels. Statues got dismantled, hashtags became “must”-focussed – #rhodesmustfall and #TheShowMustBePaused backed by the Black Music Coalition in the UK and black music executives globally. Furlough was introduced and the music industry began its journey into the abyss.

It’s not just “more brown faces in the board rooms”; it’s more diversity of thought and practice

Globally, the major labels moved quickly. New investment came in to support black talent, the term “urban” finally got thrown out and “white privilege”, “systemic racism” and “unconscious bias” were the new words in the music ecosystem. Letters were written to key UK music industry players, which had raked in profits from black artists and black culture for decades but had always overlooked the structural and systematic racism. “Enjoying the rhythm and ignoring the blues,” said BBC Radio 1 DJ Clara Amfo.

There were difficult debates, decisions and discussions for all of us. From the CEOs of major record labels to promoters and artists not from minority communities; questions of privilege (perhaps “white”, perhaps “gender”, perhaps “place”) were being asked. How much of their success in the music industry was down to privilege, family networks, not undiluted raw talent? More importantly, how do we create better opportunities and better representation for the rest of us? Modern day, diverse citizens should be everywhere across the music industry, not just as performers, not just as interns, but at executive and CEO level, smashing the glass ceilings of back rooms and boardrooms.

Black artists have always raised their voices for while others have stayed silent; Howlin Wolf spoke about the Mississippi Blues, Jazz and Be Bop defied Jim Crow’s America. James Brown post-Watts Uprising shouted “Say It Loud, I’m Black and I’m Proud”, Hip Hop hit back at Reaganomics. In the UK Steel Pulse was talking about Handsworth Revolution, Bashy heralded serious emotions about Black Boys. Stormzy raps on Grenfell and Dave just echoes what James Brown knew all those years ago; Black is Beautiful.

Now was the time for the music industry to stand up and back a radical, sustainable plan to repair the diversity deficit and back our black artists, black workforce and a modern diverse music ecosystem. At UK Music, the taskforce was already nine months deep into our flagship workforce survey. Now, this could go out against the backdrop of #theshowmustbepaused and #blackouttuesday; receiving unprecedented support from all the trade bodies – BPI, MU, PPL, AIM, MMF, FAC, IVORS, MPG, MPA and PRS. The uptake surpassed the 2018 survey by over 33%.

If diversity without action is just a dream, action without evidence is a nightmare

This was and is the only survey to look this deeply into representation in the UK music workforce, auditing levels of diversity, social mobility, the protected characteristics, retention and access at all levels, right across the music business. This included studios, management agencies, music publishers, major and independent record labels, music licensing companies, the live music sector: the total UK music ecosystem.

But what can be done with just data? To really put evidence to work, codesign across the music industry is required to deliver an action plan that is respectfully collaborative, holds senior executives to account and changes the culture with visible metrics and targets. It’s not just “more brown faces in the board rooms”; it’s more diversity of thought and practice, with sustainable ways to move progress forward with pace.

If diversity without action is just a dream, action without evidence is a nightmare. Our ten-point plan is drawn from the 2020 survey, based on new metrics, fresh evidence and lived experience of diversity in the music industry today, here in the UK. It is the accumulation of months of work across the total industry ecosystem – we consulted, we watched, we listened, we gathered data and now there is a strategic plan that has been co-signed by every single major music trade body. And some of it is really simple, common sense stuff, ensuring ordinary people in the music industry are allowed to execute extraordinary work.

As the chair of UK Music’s Diversity Taskforce, I know we are responsible to make change happen, and we must be held accountable to ensure actions are sanctioned, strategy is developed and systems change. The ten-point plan closely aligns with the demands of Black Music Coalition, Women in Ctrl, PRS Foundation and all the other campaigning music companies to ensure justice and equality with a sharp focus on race and gender.

The ten-point plan has some really simple stuff that some would say is just common sense. Advertise to a broader audience base for new recruitment, listen to diverse staff members, update and implement stronger diversity targets. There are also deep, long-term drivers around the gender and race pay gaps, around governance and ultimately putting new voices into key decision-making rooms. Some say follow the money, we say: dialogue with diverse voices – with people who don’t look like you, talk like you and hang out in places like you.

We want to bring people with us, because we know diversity is stronger, better, smarter and more sustainable when “done with”, rather than “done to”. But at the same time, there are some drivers, some values that are absolutely no compromise. The ten-point plan demands sharp actions at pace with respect. It’s going to be a long complex journey. Without the tragic death of George Floyd and the uprisings afterwards, without #TheShowMustBePausedUK, without #BlackOutTuesday, the UK music industry wouldn’t be at the watershed moment I believe it is today. Change is coming.