Italian superstar Elisa reveals details of her recent fundraising tour, where she eschewed her fees so that all profits could go to crew members 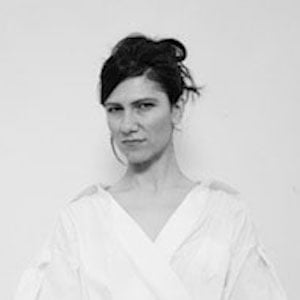 This is the time when we have to do something and not wait for anybody else to do it.

I was supposed to be writing my record but, knowing that some of my crew and musicians were in deep trouble, I couldn’t. Some of my crew, technicians and musicians have been with me for forever, since I started my band. They’ve been passing that guitar to me for about 23 years – a lifetime. We grew up together and they’re like family.

They’re the people who live off live shows and events and performances. And, as we now know, if you take away live shows for months and months then it means some of these people will be forced to do very extreme things, like selling their houses or changing careers.

I believe that in these times we have to think of each other as human beings first and foremost, and try to protect the other human beings around us who we know are in need of help. So I asked myself, what can I do to help?

An entire generation of top musicians, top-class technicians and crews, may be gone in a year and a half

My thought was that if we could do a small tour and donate to our own crew and musicians, maybe it would make a difference. So I called my agency and on the first conference call we talked numbers – it was all very pragmatic.

We decided the tour would only make a real difference if we paid everybody double. So, myself, my agency and my management worked for free in order to cover all the costs. We ended up playing eight shows in squares and piazzas around Italy, but for the crew and musicians, it was as if they had played 16 shows.

The atmosphere on tour was amazing and everyone was able to appreciate what we do on a much higher level. There were lots of emotions from the crew and the crowd. It meant so much to everyone for completely different reasons. People need music at this time – there must be live music – and the crew needs finance and to be able to do the work they love.

We raised €190,000 for my team and had €40,000 left over for a fund that will go to other crew and musicians. Now, my crew and band are safer, and my reward is to know I’ve done something useful, and in my opinion, right.

We all have to do our part – whatever it is, no matter how small – because artists don’t do big, beautiful, complex shows alone. This happens only through team work. That’s how every great performance was created.

There’s a lack of knowledge outside of our world; people don’t seem to know how a live show is put together. I think it’s a cultural problem that what the audience doesn’t see, in a way, seems to not exist.

Society can be very fast and sometimes superficial and people don’t really stop and consider how things work, really. But it takes seconds to realise the opposite – that, of course, these artists are surrounded by amazing people that make the wheel go round.

It is crucial we don’t wait and hope this pandemic passes. It is crucial we don’t think we’re too small to make a difference. If we don’t act, there might be a dramatic change in the faces that we see when it’s time to go back on tour. An entire generation of top musicians, top-class technicians and crews, may be gone in a year and a half.

Crew are the people who are in more trouble financially and it’s totally unfair. It’s just by chance that they were hit more than artists, it could have been the other way around.

I know there are some other artists who are working to protect their crew and I’m really glad, but I wish that more big artists who are capable of drawing big audiences would do something like this. So our crew can have food on the table, so they can have something in their pocket, and so they can get through the winter until spring.

We need to put some money in the bag for these people and we have to do it right now.