A call for help from Hungary 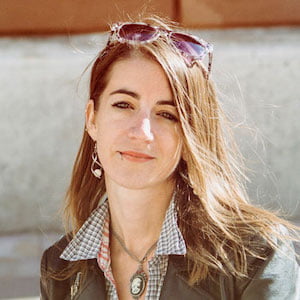 Hungary has one of the highest rates of VAT in Europe. Here, value-added tax is charged at – you’re going to want to sit down for this – 27%!

There are some exceptions, for sure, but this is the normal VAT. Books, for example, have had only 5% VAT for quite a long time, and recently some basic food earned the ‘privilege’ to be part of the 5% VAT ‘family’, but there are not that many. This is our starting point; factor in that this is the year of Covid-19 and you could say it’s pretty tough for Hungarian music right now.


I found myself in the Hungarian music scene in 2012 when I moved back from my second most-loved city, London. Over the past eight years I’ve seen quite a lot of changes.

A few days ago Viktor Orbán, our prime minister, made a stand for what he sees as Hungary’s interests, vetoing the next EU budget over concerns about migration – not only throwing away financial help, but denying it to all other EU countries. At the same time, in his own country he leaves those who are feeding our locked-down, under-pressure nation with intellectual nourishment – the artists and creative industries – without any support.

Let’s do the maths. Since March, the Hungarian cultural sector received €26.5 million in total, but the numbers are a bit fuzzy. Approximately €3m went to non-state-funded theatre, dance, circus and classical/folk/jazz music, and €23.5 million to popular music. Nothing really to film or fine arts. Additionally, there were three months (March–May) of relief from employer tax and KATA (is a fixed monthly tax for self-employed people and micro-enterprises, which is the most common way of paying tax in the music sector). Since the end of October, we have another lockdown, and since 11 November we have a 20.00 curfew too. For this, the government has decided to offer some relief for employers, but not for KATA payers.

It’s not just about money or numbers – in the long run, it’s about being a bit more crisis-resistant

But let’s go back to the €23.5m the music sector received. This includes the previously mentioned relief, some normal support handled by NKA, the National Cultural Fund (via applications, for example, for recorded or or livestreamed no-audience gigs); some extra support (for some extra gigs, with or without an audience) handled by PIÜ, the Petőfi Literary Agency; and the so-called “warehouse gigs”, for which €14.7m out of the total €23.5m, was allocated. These were handled by Antenna Hungária Zrt, a government-owned for-profit company, which is a broadcast company with nothing to do with live music.

The warehouse gigs were no-audience concerts at an unused warehouse (instead of any music venue) broadcast to a registration-only platform created by the same company. It was invitation-only for bands who would have played at at least 2–3 festivals this summer, and for ‘living legend’ musicians. Rumour says Antenna Hungária got the tender because the Hungarian Foundation Day fireworks had been cancelled this year, which was supposed to be their business, and cost approximately the same. It is also rumoured, if we do the maths with the bands who were accepted into this programme, that approximately 60–70% of this money stayed in the pocket of Antenna Hungária and its subcontractor, the close-to-government Visual Europe Group.

Just as a comparison, a couple of weeks ago, on 9–10 November, we held the eighth annual Music Hungary Conference. I had a panel with Neus López (Initiative Musik) and Helge Hinteregger (Music Information Centre Austria). We had been talking about state aid across Europe, and the numbers they used as examples caused the whole audience to fall into astonished silence. I didn’t even dare to ask their opinion on the difference in attitude: Angela Merkel, a couple of weeks ago, said culture and music is an important part of our society, so we must appreciate the artists and cultural workers; whereas in July, Gergely Gulyás, head of the prime minister’s office in Hungary, was asked why a concert is limited to a maximum of 500 people while a football game can happen with no capacity limit. He replied that there’s a big difference between a concert and a football match, and that is the consumption of alcohol.

If I can stop here for another example of comparison in attitudes, in most EU countries musicians and artists received aid with no strings attached, while here in Hungary there was no aid, only support which you had to apply for, based on tasks to do (eg no-audience gigs).

Come and enjoy the best we can offer, and in doing so, help us save our live music sector

At the conference, Dávid Szilágyi, lead analyst at PricewaterhouseCoopers Hungary, introduced the results of a new study about reducing VAT on live music ticketing from 27% to 5%. This study had been ordered and co-financed by Music Hungary Association.

To give an overview of our live music history in a nutshell: strong and brave Hungarian promoters were fighting for almost two decades to put Hungary on the international touring map, to mark us as a “trusted country” where artists can play in good venues and amazing festivals, get decent fees and experience warm hospitality. I strongly believe Sziget festival and A38 Ship were the flag-bearers in this fight, and they won. A strong industry lobby fought for 18% VAT on festival tickets and we got it in 2013, but the strict terms excluded many in the first couple of years. Then the good years came. Last year was probably one of the best. In 2019, the Hungarian live industry was worth an estimated €125m by net ticket sales.

If we take the €125m in net ticket sales as starting point, reducing VAT from 27% (or 18% for festivals) to 5% would leave an extra €18.5m in the music industry is annually. Of course, on the other hand, this VAT reduction means a €18.5m loss to the central budget – however, if the Hungarian live music sector becomes stronger and more competitive on the European market, it would increase the revenues too, with the organisation of additional concerts providing the central budget with an additional €3.3m and local governments with an approximate €228,000 annually.

But it’s not just about money or numbers – in the long run, it’s about being a bit more crisis-resistant. It’s about having a better chance to keep the music professionals on their own playground, and having a better chance to keep jobs. It’s about keeping alive the social experience, and the culture itself, and providing the feeling of being together. We have an amazing music scene, an amazing nightlife, and not to mention our music and cultural festivals.

This article is a call for help to our government, and towards people all around Europe. Even if we have a competitive disadvantage due to the high VAT, please come here and play on our stages. Please come here, check out our festivals, and have fun. Enjoy the best we can offer – in Budapest and outside of the capital, too – and by doing so, help us save our live music sector.

Eszter Décsy is founder and artist manager at NOW Books & Music and PR and communication manager for Music Hungary Association. She is writing in a personal capacity.