With the major corporates shedding staff under the pressures of Covid-19, is the UK agency world getting back to its independent roots? 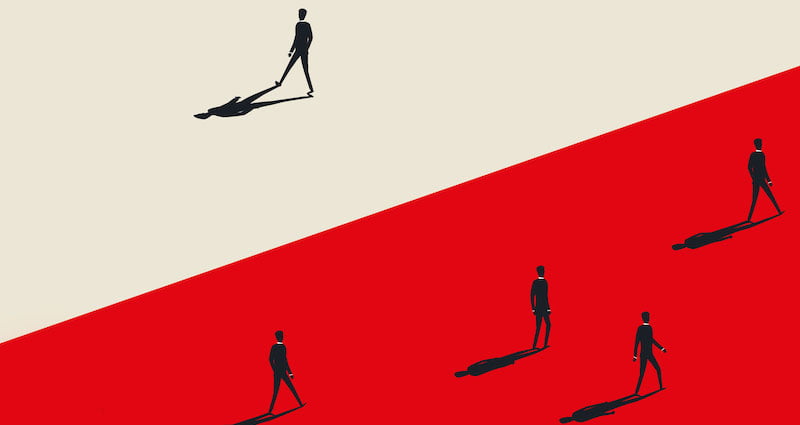 On 20 October, five US agents, all formerly of Paradigm Talent Agency, announced the formation of Arrival Artists – a brand-new booking agency with offices in New York, Los Angeles, Chicago and Seattle, a roster that includes the likes of Sufjan Stevens, Khruangbin and BadBadNotGood, and a partnership with European agency ATC Live for global representation of acts shared across both rosters.

Following the termination of hundreds of jobs by the Hollywood-headquartered global agencies since the start of the coronavirus pandemic, it’s the kind of news observers of the agency space have come to expect – a group of agents from one multinational join forces and go independent – and follows the launch of two other new US indies, TBA Agency and Mint Talent Group, in late August and mid-September, respectively, and the likes of Route One Booking and Jon Ollier’s One Fiinix Live in the UK earlier this month.


The resurgence of the independent agency, and the apparent fracturing of the corporate giants following years of consolidation, is being watched closely in the broader live music world, where rumours abound of further agency launches and rebrands – including in Europe – in the months ahead.

Nowhere is this more the case than in London, where recent mergers include Primary Talent with ICM Partners and K2 Agency with Artist Group International. And while uncertainty reins, takeovers, strategic pacts and new ventures will all be under consideration for every business.

“It’s clearly a very challenging time for anyone working in live music at the moment,” says ATC Live’s Alex Bruford, whose roster includes Nick Cave, The Lumineers, Metronomy, Black Pumas and Fontaines DC. “No matter the size of the business, if your company relies on live touring, and there is no touring, it’s very difficult.”

“Clearly, we all have had to face major challenges in 2020, and we will continue to have significant challenges thrown at us for some time,” agrees Angus Baskerville, partner at 13 Artists, who works with artists including George Ezra, Brittany Howard, Jamiroquai, Michael Kiwanuka, Benjamin Clementine and Paolo Nutini.

But are ATC Live, 13 Artists and other UK-based indies such as ITB, Asgard, Midnight Mango and smaller boutique firms, better placed than their corporate cousins to survive, and even thrive, during the current crisis? With concert activity on hold, is it actually a blessing to be free of the structure of a large company – and are we witnessing a new era of independence in live music booking, the likes of which we haven’t seen for the best part of a decade?

Bigger: not always better
The past seven months have done much to expose some of the myths of pre-Covid thinking within the business, according to Earth Agency’s Rebecca Prochnik, who represents artists including Skepta, JME, AJ Tracey and Nines. “The idea in agency culture has long been geared towards an idea of ‘the bigger the better’,” explains Prochnik. “For a long time, the structural strategy of the larger agencies has been upscaling teams around artists, to provide a more intensive job. While I understand the reasoning, the model creates a lot of employment volume, and in fact the potential for disconnection that has never made full sense to me.”

“Sometimes I look at some of the bigger agencies, and you have too many agents or bookers squabbling over every artist that comes in,” echoes Obi Asika, founder and CEO of Echo Location Talent (Marshmello, Da Baby, Wizkid, Chase & Status, Pendulum, Major Lazer, Giggs). “Many artists have multiple agents, in part to ensure no one agent has too much power over the wider agency. That’s not workable anymore. There’s no guarantee this [a concert-stopping pandemic] won’t happen again – you’ve got to be careful of your overheads.”

“Some large businesses will have been better protected than other large businesses going into this, and I’m sure it’s the same for the smaller ones,” adds Baskerville. “Saying that, I do believe the independent sector has the possibility of thriving in 2021 and beyond, as we’re required to modernise and refresh approaches to the way we work – and do that quickly.”

For many of the bigger, multinational agencies, the financial impact of this “surplus” is amplified by huge levels of corporate debt, which in some cases amounts to many times their annual revenues.

According to investment banker Lloyd Greif, Endeavor – the parent company of WME – is shouldering a staggering US$5.1 billion debt, while CAA has $1.15bn coming due in 2026, in addition to a $125 million revolving credit facility. Paradigm, meanwhile, is believed to owe around $80m, following multiple debt-financed acquisitions over the past decade.

Paul Boswell, of Free Trade Agency (The National, Tones and I, Wilco, Tash Sultana, Violent Femmes), says he believes that while the live entertainment shutdown is “clearly bad for all,” it will “hurt those that practice borrow-and-buy capitalism the most.”

“As an independent business, we’ve always been careful not to fall for the seductive culture of living beyond our means: even if money is flowing, we’ve stayed low to the ground on spend,” adds Prochnik. “We’ve always had a culture of working remotely – of needing an office solely for the wellbeing and connection of our staff community, rather than for external business. Throughout my career, I’ve taken my meetings in cars, in cafes, in parks, on the phone… It’s really only ever mattered that I can relate well and do a creative job for my clients as needed.

“What Covid’s done is blow away the myth that an independent attitude is a quirk. Big offices, gleaming receptions, plaques on walls, meeting rooms, games rooms, listening rooms… At the end of the day, those things are all just optics, and ones which suddenly seem tremendously outdated. None of those things shape business in a meaningful way…”

“When the dust settles, there are going to be huge changes”

“The importance of having an office as a status symbol – that, for me, has gone,” adds Asika. “You don’t need a shiny office, and you also don’t need people coming into work every day; if you don’t trust the people working for you, that’s a problem. I’ve enjoyed being at home with my family, and I want that flexibility for my business and staff.” “This virus is terrible, but there are potentially worse ones in the future,” he adds. “And when that comes, you want to be the little speedboat nipping around, not the big cruise liner…”

Agrees Prochnik: “Independent and smaller agencies tend to have a shared personality of sourcing and creating whatever there is to do, thinking outside the box, breaking moulds in order to make business work. I think this inherent culture of flexibility, nimbleness and creating value out of thin air is invaluable in these new times.”

“We’ve seen with companies across our sector, from agencies to promoters to ticketing companies, that often the larger the organisation – and therefore the higher the overheads – the harder hit they have been,” says Bruford. “In many cases, independent companies have been able to be more nimble and adapt faster to new ways of working, new opportunities and the changing landscape.”

The great equaliser
According to Asika, “When the dust settles, there are going to be huge changes” across the agency sector as a result of the current “correction.” “From the value of artists, to where people work, what people have started in this time, what new companies pop up… there are all these things happening in the background, and it’s going to have a long-term impact,” he predicts.

Subscribe to IQ Magazine here, or read the full feature in the digital edition of IQ 94: