Circuito, a 27-member network of grassroots venues, recently rallied hundreds of supporters to call for greater government support for the sector 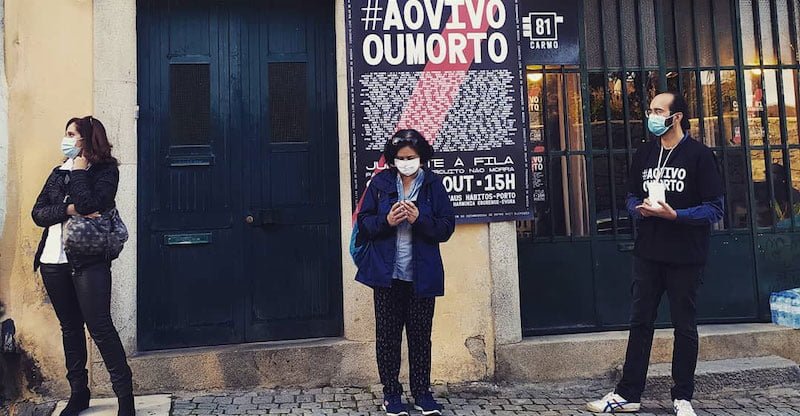 A new association of independent music venues, Circuito, has launched in Portugal.

Circuito, which has 27 members across the country, will function as a “national network for the enhancement, protection and development” of grassroots music venues, aiming to secure further support while the majority are shuttered by coronavirus restrictions.

A recent Circuito campaign, #AovivoOuMorto (#LiveOrDead), aimed to raise awareness of the difficulties the sector is facing and spur the Portuguese government into taking concrete action to protect music venues.

Hundreds of people took to the streets in four Portuguese cities (Lisbon, Oporto, Viseu and Évora) on Saturday (17 October) in support of #AovivoOuMorto, queueing outside closed venues to raise awareness of their plight.

According to Espalha-Factos, the lines in Lisbon and Oporto were each more than a kilometre long.

Umbrella association Live DMA welcomes the creation of the new body. “The coronavirus crisis undoubtedly accelerated the need for a representative association which advocates for the great cultural, social and economic value of the independent live music scene, which needs to be supported,” it says in a statement.

The Portuguese live music industry is asking for greater financial help from the government, which, in common with its European neighbours, is allowing concerts only with social distancing and a very limited capacity.

Daniel Pires, of the 100-cap. Maus Hábitos in Oporto, says a recent increase in Portugal’s culture budget by nearly 8%, to €563.9 million, is “not enough” to safeguard music venues. “There must be a correction,” he adds.