MMF CEO Annabella Coldrick examines the complexities around paid live-streams, urging the industry to learn from the early days and put creators first 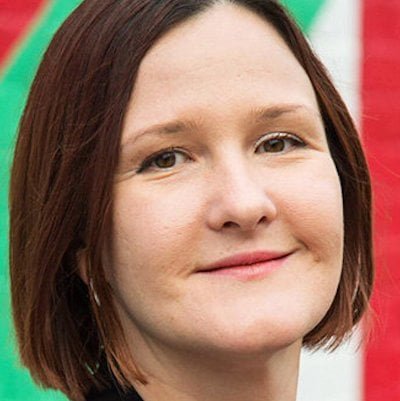 In the digital era, pretty much every technological shift in music has brought with it a degree of legal uncertainty, provoking industry lawyers to redefine emerging formats and forms of consumption and retrofit them to artist and composer contracts.

As explored in detail in the MMF’s Dissecting the Digital Dollar reports, this process has not been without problems, as highlighted by the advent of audio streaming, which appeared to sit somewhere between a radio broadcast and a download, while simultaneously being nothing like either.


Eventually, the likes of Spotify and Apple Music were licensed by music publishers as incorporating both performance and mechanical (or reproduction) rights, like a kind of hybrid format.

The tangle of recorded licensing deals, permeated with large upfront advances to the major labels and secretive breakage clauses, may never become transparent to artists and creators.

With that in mind, and given the economic outlook, it’s important that history doesn’t repeat itself in regards to the current pandemic-driven surge of live-streamed online events.

While this particular medium isn’t exactly new (20 years ago, Madonna was reaching a global audience of 9 million from Brixton Academy, mostly on dial-up, via a partnership with MSN), the current shutdown of gigs and festivals has undoubtedly elevated the importance of live-streaming and triggered a wave of online activity.

This has incorporated everything from lo-fi, free-to-view (FTV) at-home lockdown performances over Instagram, YouTube, Facebook or Twitch, to innovative, high-end pay-per-view (PPV) models and in-game experiences on Fortnite and Minecraft.

Further innovation will undoubtedly come from virtual-reality technologies and other subscription-based platforms.

In what’s been a bleak and catastrophic year, the uptake of live-streamed concerts has provided our sector with one of its few shots of optimism.

Although born of necessity, it’s been inspiring to see music managers at the heart of these innovations, building opportunities for their artists and jumping feet first into the space.

This feels like an important shift. Aside from the constrictions of the here and now, there’s a firm prospect that live-streaming will play a permanent and considerable part in music’s future.

Rather than audiovisual content being treated as “free” to the consumer, as it historically has been, there will be an increasing desire to monetise these experiences.

Which is where it gets more complex. While a genuine one-off, not-to-be-repeated live-stream might be considered equal to a live “in-person” performance, with clearances required only for publishing rights via the relevant PRO, elsewhere things are less clear cut.

What happens if your live-stream is pre-recorded, or retained online for playback, or re-broadcast, or if the act is signed to a 360 deal?

If live-streaming is to blossom, then it is vital we nurture it, not allow the biggest actors to define and control it

All would potentially move away from territories traditionally reserved for “live” and deeper into record company territory – since artist contracts typically give a label ownership over both audio and audio-visual recordings.

There are other issues, too. Live streams have set-up costs. These are potentially significant for PPV events. Many will require staffing, as well as marketing and ticketing. Others will be hosted in venues, which in turn opens up further challenges around event licensing and health and safety.

And what about platforms and the events themselves? Are they fully licensed for these activities? Should artists involve their agents or a promoter? These are some big and, in many cases, unanswered questions.

Thankfully, the majority of record labels appear to be adopting a pragmatic approach. In the middle of a pandemic, the last thing we need are business affairs teams playing hardball and making a contractual land grab.

With the market in its infancy, it would be preferable to see a “tour support” approach to live-streaming, on the basis that labels will ultimately benefit through increased physical sales and streams – much as they would with a traditional live show or festival.

We should all have a mutual interest in ensuring that platforms hosting live-streamed events have the necessary publishing licences in place. It’s absolutely critical that artists, songwriters and performers get paid their dues.

As we know from streaming, ad-supported and paid can happily coexist – but if live-streaming is to blossom, then it is vital we nurture this exciting space, not allow the biggest actors to define and control it.