In France, nightclubs have been left for dead

With live entertainment receiving an additional €85m, why is the nightlife sector being left out in the cold, asks Laurent Garnier, in an open letter to Roselyne Bachelot 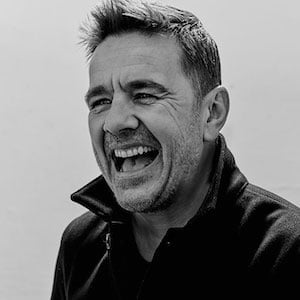 It’s strange, but at the end of your speech on France 2 on 22 October, I had the unfortunate impression that I had not been concerned by your announcements.

Not being a great expert in political language, either, after your speech I naively asked my wife if she thought that “the world of the night” could be included in what you called “the performing arts sector”. After all, when I’m on stage, behind turntables, like an actor, musician or dancer, I feel as if I, too, am delivering live performances. But the dubious grin I got as an answer hasn’t really alleviated my fears. So, in order to get to the bottom of it, I immediately called a friend (from the profession) to ask him this simple question: “Reassure me, V, when our minister talks about the performing arts sector, she is talking about us too, all the same…?”


At first my question made him laugh (which didn’t bode well), before giving me his answer: “Ah, no, Laurent, from now on we are part of the dead performing arts sector… As Roselyne has said many times, ‘the world of the night’ doesn’t depend on her, but on the Ministry of the Interior.”

At the beginning I thought it was a little joke, but I quickly understood that behind his cynically funny answer, V wasn’t telling me lies.

It’s strange because as an Officer of L’Ordre Arts et Lettres, Knight of the Legion of Honour (awarded by a former minister of culture [Jack Lang], who has long since occupied the eminent place of the night in the vast space of culture and creation) and globetrotting DJ (like other artists in our country, I’ve been indirectly promoting France abroad for more than 30 years), I stupidly thought that things had changed, and that with my little turntable comrades we had won our status and our ticket to the “world of culture” with dignity. But I have to admit that apparently this is still not the case.

During your speech you spoke of the great suffering of the cinema and the world of the performing arts. Indeed, these sectors have been suffering terribly (like many others) since the beginning of the coronavirus crisis. But fortunately for them, cinemas, theatres and some concert halls have nevertheless been able to reopen, despite a complicated health protocol.

When they were open, clubs were places bubbling with creation, imagination and sharing

Today we hear a lot of talk about the anger of restaurateurs and coffee shops due to the curfew. But here again, these businesses still, somehow or other, had some possibilities to reopen, even in an extremely constrained way.

On the other hand, I would like to draw your attention to the fact that, since the beginning of March, the “night and clubs” sector (of which I am an intrinsic part) has been completely at a standstill. For us the party is over, and has been for eight long months now.

As you know, like theatres, cinemas and concert halls, clubs (apart from the artists and DJs who perform there) employ the same diverse and varied staff as the rest of the cultural landscape, whether in the bar, the auditorium, the cashier, the cloakroom and the cleaning staff… Or the stage managers, security, intermittent workers, technical staff, sound engineers, lighting engineers, VJs, promoters, bookers, labels, graphic designers, printers, and not forgetting the indirect economic impact (suppliers, restaurants, hotels, transport, etc.). The list is long, but above all very similar to that of the performing arts.

On France 2, you announced figures relating to aid to the various sectors of film and performing arts – and once again, and for too many months now, the cultural space of the night has been totally ignored.

The flagrant lack of consideration, the ignorance emanating from your ministry towards the nightlife and club sector, is clearly interpreted by many of us as an incomprehensible form of contempt. For whether you like it or not, the clubs and places of this ‘night culture’ were (when they were open) places bubbling with creation, imagination and sharing.

I was, Madam Minister, sincerely attentive and benevolent when you took office, impatient but certain to see you represent us in the same way as other artists, and affirm the minimum consideration due to our sector. But I must admit that today, I am not sure if we can do so. But I confess that today – not knowing very well if I am a “dead performing artist”, an “Interior Ministry artist”, or “not an artist at all”, I am beginning to have serious doubts.

Laurent Garnier is a DJ, composer and producer, and founder of electronic music label F Communications. In 2016 he became a Knight (Chevalier) of the Légion d’honneur.