Czech Republic's capital city is bringing together leading festivals for Praha září, which is expected to be the last major event before national lockdown 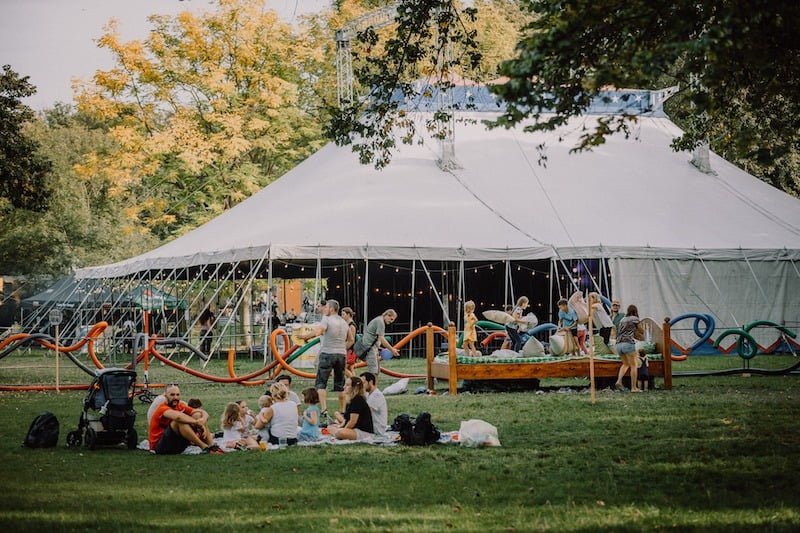 Praha září (Prague September) in the Czech Republic is combining some of the capital’s leading cultural festivals for a large scale event that’s expected to be the last of its kind before a lockdown.

The open-air event is taking place between 8–28 September at the Výstaviště exhibition grounds in Prague-Holešovice and includes programming from music, theatre and film festivals.

While Metronome, which was scheduled to take place in June featuring artists such as Beck, Underworld and Skepta but was cancelled, presented a mini version of its flagship event during the week.

“In light of the expected development of the pandemic, it is likely that Praha září will be the last large event not just in the Czech Republic, but also in surrounding countries,” says Metronome Prague and Praha září head of programme Barbora Šubrtová.

“That’s why we’d like to invite all music fans to come and enjoy the final live shows of this year in a safe open-air environment where we can ensure greater social distancing and a reduced risk of infection than on your morning commute to work.”

“In light of the expected development of the pandemic, it is likely that Praha září will be the last large event”

In compliance with the government regulations, Praha září divided the grounds of Prague-Holešovice into four sectors with a maximum capacity of 1,000 people each so visitors can maintain social distancing.

Visitors are required to register with the festival organisers, read the Ten Commandments of a Responsible Guest before entering the event and wear a mask at all times.

Hospitalisation, intensive care and deaths are also on a sharp upward trajectory, and heading towards the numbers seen in March and April.

IQ recently announced a partnership with the Czech Music Office to showcase the best of the Czech Republic’s thriving live music sector to the world.

Listen to the SoundCzech x IQ playlist, which features artists including FVTVRE, I Love You Honey Bunny, MYDY, the Atavists, Ba:zel, Tea Sofia and Hellwana, here.