Festivals can still make a difference

Dušan Kovačević, founder and CEO of Exit Festival in Serbia, urges other events to embark on social activism campaigns, even in the festival sector’s darkest hour 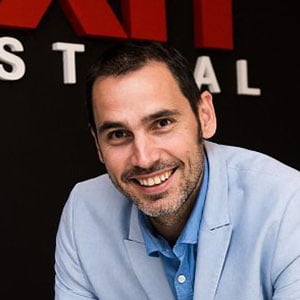 The Covid pandemic has been the harshest on the events and festival industry, keeping in mind that mass gatherings were the first to be shut down and will be the last to reopen.

The worst thing is that nobody knows when the revival of the festivals might happen. Uncertainty is at its highest point. However, despite unprecedented challenges, there is still a lot that festivals can do.

Most festivals have turned to the digital world in order to remain present in the lives of their fans. Some offered videos of their past editions, some built complex pay-per-view virtual worlds with exclusive superstar shows.

At Exit we decided to take a somewhat unique approach. Exit started as a youth movement for peace and freedom in Serbia and the Balkans 20 years ago.

Since then, social activism remains as important as the music itself through the work of Exit Foundation, which runs the festival, among other projects.

The Foundation’s work varies from humanitarian initiatives, such as helping to build a hospital wing for children with cancer, and participating in a global campaign to stop human trafficking, to projects in youth development, peace promotion and environmental protection.

We were also responsible for bringing the titles of European Culture Capital and European Youth Capital to our home city of Novi Sad.

Dedication to social activism is the reason we decided to mark Exit’s 20th anniversary with one of our biggest environmental projects to date, Life Stream, in which regular festival streams combine with video and messaging to alert the audience to the seriousness of the environmental crisis: if humanity doesn’t change course, Planet Earth could become inhabitable in just a few decades!

We launched a pilot edition of this project during ADE 2019 with Artbat performing from The Crane in Amsterdam.

The next level involves partnership with the United Nations World Food Programme (WFP), to illustrate the crisis that is happening as we speak.

The pandemic and lockdown measures, together with climate change, are pushing a record number of people to the edge of extreme hunger.

From our legendary Dance Arena, we brought together international stars alongside our most famous regional acts. Some performances were live from the Fortress and some will be exclusive online sets, which we’ll present as if they’re live onstage.

The task of our generation is to build not a new normal, but a new Earth

We built a big production for this, one of the few actual stages that will be built this year. Viewers joined us online via stream, free of charge, and we had a small live audience, adhering to government guidelines and current health and safety measures.

During the stream there was be a call to action for people to donate directly to the UN’s WFP page.

Life Stream is an open-source platform that can run by every event in the world that wants to dedicate media space to support social issues.

Helping others is the strongest motivation to realise such a project, even in such difficult times. The pandemic is the fourth emergency state we at EXIT have experienced in our lives.

Therefore, we can offer a few words of consolation: that no matter how bad the situation looks at the moment, the clouds will disappear and the sun will shine again.

It is up to us in the festival world to be at the forefront of not allowing the ‘new normal’ to be a world with no contact, but for the pandemic to bring us to a more responsible way of thinking about the world around us.

The task of our generation is to build not a new normal, but a ‘new Earth,’ where humanity will be in harmony with the life around us. If we don’t succeed, we might be the last generation to try.

Dušan Kovačević is founder and CEO of Exit Festival in Serbia.