The distance between us 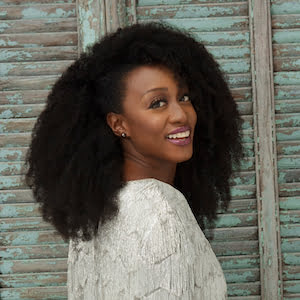 On 23 July, Beverley Knight played to 640 people for a socially distanced, UK government-backed pilot event at the London Palladium.

Writing shortly after the performance, she reflects on the show, explaining why she’s glad she took part – but wouldn’t do it again…

I cannot overstate the shock of walking out onto a stage and being faced with a whole load of empty seats covered in white paper with great big black ‘X’s on them. I saw them during soundcheck, of course, but somehow in my mind I didn’t quite appreciate that when I went back to perform they’d still be there.

It really was weird. I enjoyed the feeling of being back on a stage more than I can ever explain – if you are a performer it’s innate within you: you do it because you’re compelled to do it. But playing to a 30%-capacity crowd – all of whom were wearing masks, so they can’t communicate with you in the traditional way – meant my band and I had to dig deeper than we’ve ever dug before.

If you’re playing to a crowd that’s not your natural audience – a festival, for example – you can read the crowd, feel their energy and adapt; you know what you’ve got to do. But when you’re faced with a crowd that may as well be cardboard cut-outs, it’s so hard to know what way to play it. And there is only one way: to go all out from the beginning.

I’m a very physical performer – I come from a Pentecostal Christian background. It’s not a staid, austere thing. I learnt how to communicate a message that way: in the time-old tradition of soul singers. So I encouraged the audience to be physical, to get them on their feet and dancing. Within 15 minutes, they’d thought, sod this, and they were in.

The show made me realise that people, more than ever, are desperate for interaction – for the collective euphoric experience that concerts can provide.

An additional challenge for a performer was that you could hear too much of the room. With a “normal” show there are bodies soaking up the sound – so even though the audience was great, we could hear ourselves in a way you can’t when it’s a capacity crowd. We had to just work through that and carry on.

As for social distancing, it cannot be done to that level – and I wouldn’t encourage any performer to step inside an auditorium where they’re playing to 30% capacity. Financial considerations aside, the energy that you need just isn’t there.

That’s true for the audience, too: they appreciated what we were doing on stage, but they didn’t feel “in” the gig.

I wanted to be the person to do it for live music, to show that it could be done

The masks you can get over, because people know they can be demonstrative – 2,000-3,000 people in the Palladium make a hell of a noise, whether or not they’re masked. When the house lights go down, the audience should erupt, but that didn’t happen because the room was so empty.

I would say, in terms of a meaningful experience for both the performer and crowd, you’re going to need over half of the seats to be full – and even then it would still break your heart being on stage. You can just about work with 60%.

I’m glad I did it, because I had a point to prove. I’m not a woman who’s easily intimidated by circumstances, situations or people. That comes from a lifetime of being on stage. Whatever happened, I was going to deal with it.

I wanted to be the person to do it for live music, to show that it could be done – because the only way we can protect our venues is to get the doors open and get people in again.

Those of us in the arts were the nation’s cheerleaders – and their therapists – during the coronavirus [lockdown]. Whether people were watching Netflix, or listening to Spotify, or watching artists like me performing on Instagram live, we became the people who helped them through lockdown. And we’d quite like to do that again, this time in person – as soon as we’re allowed.