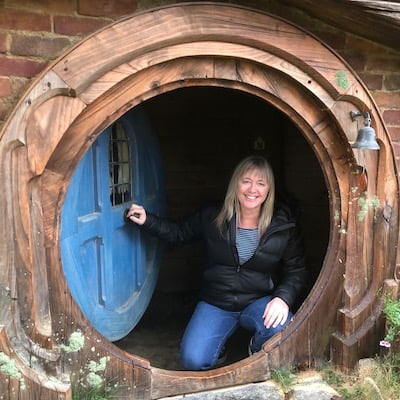 New Zealand, the “team of 5 million,” has pulled off a remarkable performance in response to [prime minister] Jacinda Ardern’s rugby vernacular, “we go hard, we go early.” A policy and practice of clear and simple messaging that succeeded; we have had no community cases or transmission of Covid-19 for over 70 days. The handful of recent cases caught at the border remain in quarantine.

When a rogue pair of Covid-positive sisters (they drove the eight hours to Wellington after arriving from the UK) were dubbed “Thelma and Disease” by one of the performers at The Tuning Fork last month, a full-capacity venue of shared laughter at shared outrage was a tonic for our collective soul after months of isolation.

Alone in our Kiwi bubble, we have to make the best of it with what we have. Having worked in promoting, venues and festivals through the incredible creative explosion of Scottish artists in the 90s, the scene here has always seemed relatively barren to me. But is it? Were we just in thrall to international artists and inhabiting the shadow of our Antipodean cousins?

From this side of Covid, we are waking up to what is under our nose, and it smells good! Lockdown was fully lifted in June, when the event and hospitality industries cautiously returned to “normal,” but under our “Level 2” in May, 400-cap venue The Tuning Fork, (reduced to 100 in tables of up to ten), began hosting an eclectic mix of local artists, bands and comedians, and NZ was in the lucky position of finding itself free to open for arena shows soon afterwards.

Event staff took time to interpret and design safety measures that worked, and still gave customers a welcoming and convivial experience. Early operations included full contact-tracing ability for every ticket holder, temperature checks on entry, cleaning bathroom stalls after every customer, on-app ordering of food and drinks, one server per group, and copious amounts of hand-sanitiser.

While there is still plenty of sanitiser on the go, and customers are asked to scan their Covid app on entry to keep a record of where they have been, relaxing the regulations and allowing crowds of thousands to mix and mingle has been embraced with enthusiasm. People feel safe, and are hungry for live entertainment.

Last Saturday night, NZ was fully back in the game: 6,000 people to see local artists L.A.B., and Troy Kingi at Spark Arena. The drink flowed, hit songs were sung along to, and the locally sourced production was amazing: PA, lights, digital video displays, the lot!

The calibre of that production owes a great deal to international touring, which has flourished here in the past decade or so, and the local industry would not be this well equipped without it, but having been a UK promoter in the 80s-2000s, when tours brought a handful of crew, I never cease to be amazed at today’s plethora of touring personnel.

Perhaps we will see a future global touring model comprised of a network of locally managed productions, the only moving parts being artists and backline? It would certainly contribute to a greener future for the industry.

So are we back to pre-Covid normal here? Nothing like. Right now we have a mandatory, supervised, 14-day quarantine at our border, only allowing New Zealanders in, with very few exceptions.

With Melbourne back in lockdown, our hoped-for trans-Tasman bubble looks a way off, and with it any hope of touring artists from further afield. Recent exemptions for cast and crew of the new Avatar and Lord of the Rings productions give hope that soon a handful of artists may be allowed in under similar circumstances.

Maybe it’s time for more communication, trust and respect for local talent? Eden Park, home of All Blacks internationals, is now regularly at capacity for regional rugby, and we are experiencing increased support for local artists as our nation becomes more proudly introspective.

Local girl Benee debuted on the Billboard Hot 100 under lockdown with platinum-selling Supalonely and, in October, will headline two sold-out nights at Spark Arena, a national tour, then festivals at New Year alongside Six60, Shihad and Fat Freddy’s Drop.

Emerging artists like Harper Finn and Daffodils are selling out at The Tuning Fork and coming to the notice of new audiences hungry for creative sustenance, and that can only be a good thing. Perhaps, just perhaps, our creatives will come bursting out of this bubble in better shape than they went in?