Michael Kill, CEO of the UK’s Night Time Industries Association, says the dance music sector should be getting more governmental assistance to help survive the pandemic 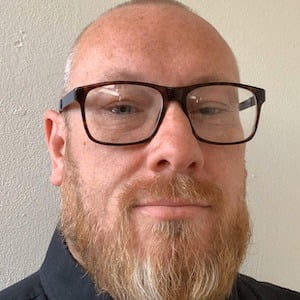 Dance music has been gradually evolving since the 1970s, embedding its influence across generations. Dance music is continually changing, uniting multiple genres, cultures, nations, and histories to create a single art form.

Therefore, not only should electronic music demand its own recognition within the arts, but it should be recognised as the one unique musical art form that acts as a conduit for all other music genres as it constantly reinvents itself.

Electronic music does not discriminate, rather it brings together, regardless of age and background. It has long been established that club and festival dance culture is a vital part of British heritage, as well as generating millions of pounds in revenue for the economy, it adds to the ever-growing nightlife tourism figures boasting 300 million visits a year across the UK.

Given the investment of many European countries in the arts sector specifically supporting and recognising the value of classic and contemporary art forms, the UK government has been under immense pressure to follow in the footsteps of their counterparts by properly funding a sector that generates significant revenues for the exchequer.

Oliver Dowden, secretary of state for digital, culture, media and sport, said, “Our arts and culture are the soul of our nation. They make our country great and are the lynchpin of our world-beating and fast-growing creative industries. I understand the grave challenges the arts face and we must protect and preserve all we can for future generations. Today we are announcing a huge support package of immediate funding to tackle the funding crisis they face. I said we would not let the arts down, and this massive investment shows our level of commitment.”

“Electronic music has always been a popular art form that reaches a diverse number of communities, but which now finds itself excluded, even if only by narrative”

But when asked about potential support for music venues and festivals on the 9 July during Parliament, he announced the fund would “cover grassroots music venues, concert halls and indoor arenas… those wholly or mainly used for performance of live music for the purposes of entertaining an audience,” with no mention of clubs or festivals.

Sector trade bodies have continually asked for clarification from the Department of Digital, Culture, Media and Sport, on whether dance music clubs, festivals and events will be included, but the department has so far failed to provide assurances or clarity, so we await the details of eligibility in the coming weeks.

The industry is astounded at the government’s failure to recognise dance music clubs and events within its narrative as part of arts and culture, and continues to drive a clear message regarding its eligibility to apply for the funding in line with the live sector.

What the government fails to understand is that much of the sector operates venues that house both live and dance/recorded music events, and in many cases, they survive symbiotically in support of each other with many successful examples within the market place.

Electronic music has always been a popular art form that reaches a diverse number of communities, but which now finds itself excluded, even if only by narrative!

Surely the Government can recognise the importance of this sector to youth culture, and through the rise of the illegal rave scene recognise the value of professional regulated spaces where people can enjoy themselves and the music safely.

The industry has to now drive the agenda, as we see the tide turn between removal of risk to management of risk, it’s time to get the science to work for us.

Dance music is the world’s third most popular music genre, with an estimated audience of over 1.5 billion. But, despite the global influence and economic importance of British dance music and culture, government support and clarity on the future of the sector has so far been very limited.