Kendall Ostrow, head of IQ client strategy at United Talent Agency, lauds TikTok for providing a platform to those ignored by traditional gatekeepers 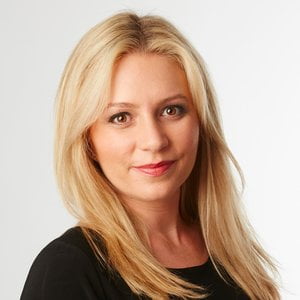 With a record 315 million downloads in the first quarter of this year, TikTok has cemented its place as the hottest app of 2020.

It has dominated conversations about social media and has landed in the centre of the cultural zeitgeist for a generation of fans across the globe. Still, many misconceptions surround TikTok due to its evolution from musical.ly, an app primarily known for dancing lip-sync videos featuring 13-year-old girls. TikTok is much broader than a social media app: it is the first modern, fully democratised entertainment media company.

With TikTok, there are no gatekeepers. There is no standardised development process. There is no lag time or barrier to spread users’ messages to the world. Accounts with no followers at the time of their first upload can see millions of views in one day. Never before has any media platform given such limitless access to unknown voices. It is a next-generation business far more similar to Netflix than to Instagram due to its on-demand, endless availability of full screen, full volume, captivating content.

In reality, delineating between a media company and a social media company is passé. Every streaming company should have social baked into its DNA in 2020. For content to thrive, it must be shareable, meme-able, GIF-able, and engaging enough to entice viewers to discuss it with friends and fans online. Any creator or platform that doesn’t possess these qualities clips the wings of its own content before it has the chance to fly.

TikTok is providing a platform to those ignored by traditional gatekeepers and, in doing so, gives voice to an entire generation

TikTok is built on this ideal by prioritising mobile-first, snack-able content that entertains, informs, enlightens, brings families together, and celebrates everyday moments. It is no coincidence that TikTok saw record-breaking downloads during Q1 of this year; people are looking for an escape, and they have found it in TikTok.

But while TikTok’s mission statement is to “bring joy,” it also carries depth. For the past year, educators have given TikTok “assignments” to students, understanding that if you can distil a convoluted history lesson into a clear 15-second narrative, you will have a greater mastery of the topic than you would after writing a five-paragraph essay.

Over the past few weeks, we have seen this relevance accelerate beyond education and into activism. The typical light-hearted and upbeat content that characterised TikTok fell away and was replaced with socially charged imagery meant to spread awareness for, and stand in solidarity with, the Black Lives Matter movement. Already known for its activism, Generation Z has used TikTok’s 15- to 60-second content limits to clearly and articulately share impactful stories that drive action in short form.

One thing is sure: TikTok is providing a platform to those ignored by traditional gatekeepers and, in doing so, gives voice to an entire generation. As a result, TikTok stands as an unstoppable force that will shape the future of the entertainment business. It can no longer be trivialised as a lip-syncing app for teens.