Celebrating a lust for life in Krakow 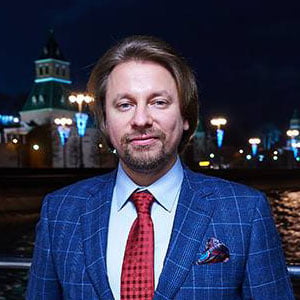 The Jewish Culture Festival in Krakow is a festival of light. The 30th edition of the festival is dedicated to fire, the life-bringing element. It is the fire of life, the fire of love, the fire of passion that, year after year, brings over 30,000 visitors from all over the globe to Krakow, Poland.

Not many know that Krakow – specifically Kazimierz, its Jewish quarter – used to be one of the biggest Jewish cities in the world. A flourishing cultural hotspot where Yiddish was spoken and was home to artists, thinkers, authors, singers, writers and thousands of other souls.


During the war, it was home to a ghetto and a death camp – but also Oskar Schindler’s Enamel Factory. Yes, this is where the action in Spielberg’s Schindler’s List takes place. After the war, there was nothing – not much left but stones. A beautiful mediaeval city lost its Jewish population. During the Soviet occupation, under communist rule, more than 40 years of silence, lies and denial of its heritage and the Jewish presence.

But wonders do happen. Years later, Krakow is the astonishing venue for what is now the biggest Jewish cultural estival in Europe. Janusz Makuch, a self-proclaimed “meshuggener” who is the festival’s founder and its highly energetic power source, breathed life into abandoned stones of Kazimierz. Every year a team of “machers” and hundreds of Jewish artists from all over the world organise some 300 events, workshops, lectures and concerts, ending with the luminous culmination of Shalom on Szeroka Street.

This year is a special one. A year of joy, a jubilee 75th anniversary of Auschwitz’s liberation

Diversity is the festival’s very essence. After an evening-filling cross-genre programme with brilliant performances by artists that couldn’t be more different – from Gili Yalo’s Ethiopian funky tunes to Piyut Ensemble’s sacred Moroccan chants – rabbis light candles in front of a cheerful crowd of thousands. Celebrating love, peace, unity and having fun. Such a mind-blowing, emotional moment.

This year is a special one. A year of joy, a jubilee 75th anniversary of Auschwitz’s liberation (the Nazi death camp was located south-west of Krakow). A year of plague, with the Covid-19 pandemic bringing all the cultural life worldwide to a hold. How do the machers cope with that?

They proclaimed the longest Jewish Culture Festival of all time, starting on 26 June and will ending on 18 December. Six months of programming livestreamed on the festival’s website, Facebook and YouTube will bring the festival to everybody’s homes, since so many cannot come to Krakow this summer. So join us, and let’s have fun together!

The Jewish Culture Festival in Krakow is a festival of life. To life! L’chaim!

Michael Ginzburg is head of Universal Music Live in Russia and the CIS.