How we kept our distance at BSH Island

Drago Vukelic, founder of BSH Island, describes how the Croatian festival adapted when it was cancelled by authorities with just a week to go 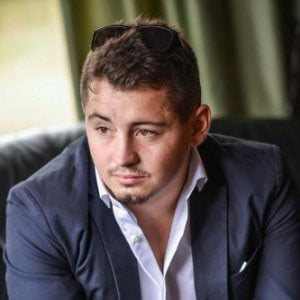 Due to the recent epidemiological measures in Croatia, we were forced to postpone the premiere of BSH Island festival to July 2021. As unfortunate as that was, we decided to react and adapt and save this summer in whatever way we could.

We came up with an alternative event – Keep the Distance – which hosted guests from around the world and abided by all necessary health-and-safety measures.

The most significant measure we were forced to take was to cap the number of patrons in Noa Beach Club at 900, and a little over 800 people attended in total. In addition to capacity restrictions, the club was reorganised to increase social distance between patrons.

On top of that, we created an entry and exit protocol that was mandatory for all patrons, which included disinfection, the distribution of protective masks to encourage responsible behaviour, and logging temperatures and personal information for track-and-trace purposes.

Having to downsize from 5,000 capacity to just 900 left us with an operational nightmare

The peculiar specifics of the measures – which were introduced just one week before the now-postponed festival – were the biggest challenge we’ve faced so far, as having to downsize from a 4–5,000 capacity to just 900 left us with an operational nightmare.

Nonetheless, we are grateful for Keep the Distance happening and are thankful for everyone that came out.

We are already deep into planning for BSH Island Festival 2021 with numerous international partners, and will be announcing the first release of the line-up, along with the exact dates, soon.

Besides beautiful Noa Beach Club, we will be adding some extras that will make BSH Island unique in many ways. We can’t wait to reveal it all to you.

Drago Vukelic is CEO of BSH Events and founder of BSH Island festival.