Could vouchers become a trap for promoters? 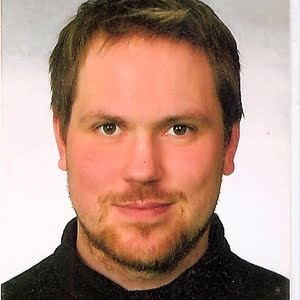 Live music markets in Europe have looked to vouchers as a cure for their coronavirus-inflicted crises. The effect of this type of medicine seems to be based upon a presumption that ticket owners will hold on to their rolled-over tickets, or use vouchers for another show instead, or wait for cash refund until late 2021.

Well, what if they don’t?

Voucher schemes have turned millions of ticketholders into promoters’ creditors. They can be divided into three sub-groups: Those who can afford it; those who can’t really but were not given a choice; and those whose present ambivalence may well turn into anger with passing time.

So far, the economic prognosis is that the effect of the corona crisis has not yet fully revealed itself and it will not be until three to six months from now when it will really hit hard, once various government support and help programmes are over.

Everything points to this crisis being the strongest in decades. The natural reaction is a great deal of uncertainty and, in this situation, the live music industry in countries using voucher schemes has sent a very clear message – if worse comes to worst, it will be the customers who will bear the load.

Ticketholders might be facing situations where they need access to at least some part of the cash spent on tickets to cover their daily needs. As their chance to get an immediate, full refund from  promoters is either restricted or made temporarily impossible, then they might be tempted to offload what they have in the only way possible – on the secondary ticketing market.

Voucher schemes have turned millions of ticketholders into promoters’ creditors

Desperate times call for desperate measures and ticketholders might have to give away their tickets as quickly – and therefore cheaply – as possible. If this happens to a significant extent, then it could affect the sales of the postponed events in question, as well as newly announced gigs.

Nowadays, promoters postpone their shows hoping for the best. Now, if it is a sold-out show, then one might worry only about lowering the profit margin, but if there is still some way to go to break even, then the promoter has every reason to worry.

Postponed shows were negotiated at the peak of the conjecture cycle with ticket prices reflecting both the expected buying power projected into selected capacities, as well as accordingly set fees and subsequent other costs.

The upcoming 2021 season will be tough. Experts’ projections quoted in media  see a decline in revenue of more than 50% for the leisure sector next year in some markets. Better than the current drop of 80-90%, but hardly a full recovery. By the nature of things, it can be reasonably expected that the lost revenue will be distributed in an uneven manner, show-per-show.

The highest risk lies with events that have not yet reached breakeven and that have found themselves in a 2020 position that they probably aim to roll over to 2021. If an event, traditionally a festival, has tickets scaled from an early-bird rate to an on-the-door price and is now somewhere in the middle, then promoters will probably follow up the sales from the point an price that they stopped on prior to coronavirus, and offer a similar or identical line-up (value) in return.

In cases where the contracts were not renegotiated for a lower guarantee, then promoters will have both prices and costs set on 2020 expectations for the next season, which might deliver lower revenue. Maybe upwards of 50% lower.

It is not lowered income that breaks promoters’ neck, it’s the unpayable bills accumulated from previous commitments that do it

Additionally, we need to account for the risk of cheap tickets on the secondary ticketing market. If tickets are available for less that than the official presale on these sites, either for the very same event, a similar event or event in the same time period, or a better event, then it will likely redirect the cash flow from official presales and further lower the promoter’s future revenue.

If a market revenue goes down by 50 % and the remaining potential half is further affected by cheap resales, how much can reasonably be expected to be left over? If such a scenario becomes reality, then the expectations of future turnover might not (sufficiently) materialise, leaving the promoter with obligations to fulfil with insufficient funds.

Not to mention, that standard competition will continue, and new shows will have the advantage of a wow-effect over postponed and rolled-over events. Also, corporations in some countries are likely to come out of the crisis with loaded cash-flow from temporarily non-refunded tickets for cancelled arena shows with a limited time to reinvest it.

In this light, it might seem that the intention to lower artist guarantees by 20 % in 2021 is merely cosmetics.

If it is the case and all options are still on the table then, in some ways, it is not a bad option to leave in 2020 what belongs in 2020: ask agents to return paid advances, refund ticketholders or press on with substitute events and enter the next year without a ball and chain.

Generally speaking, it is not lowered income that breaks promoters’ neck, it’s the unpayable bills accumulated from previous commitments that do it.

Borek Jirik has worked as a show and festival promoter and arranged technical production for various arena and stadia tours. He now consults for live events, focusing on quality management, safety plans, studies, publishing and research. He was an initiator and editor of the Comprehensive Guide for Event Production and Organisation in the Czech Republic, 2018.