Bringing the gig back 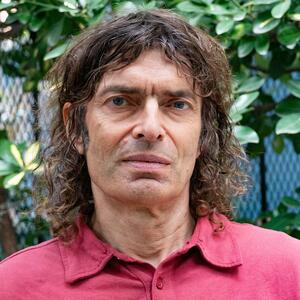 I’ve watched a bunch of livestreamed concerts over the last three months and, generally, I’ve found them to be painful.

You can compare the experience to watching most otherwise-amusing comedians – take away the audience and the humour falls flat. In the case of artists, the thrill falls flat; even if the performance itself is live, it’s mediated by cameras and screens. A live Twitter feed doesn’t change that.

For this reason, I do not believe in the paid livestream as a serious medium, unless artists can turn it into a form in its own right – not as a pathetic version of a regular gig, but as something substantially different.

How this is done falls more on the artist than on the technology. You can use whatever technology you want, but fleeing our screens (would we could smash them!) remains one of the reasons we go to gigs. We don’t want screens or virtual reality or augmented reality, we have all of that in our workplaces and pockets. What we want is the real, unmediated, social, half-crazy thing.

I can imagine that an artistically cool livestream could act as an adjunct to gigs, by simply not pretending to be a gig; and I can say something similar about an exciting (although most are tedious clichés) music video on Youtube.

I do not believe in the paid livestream as a serious medium, unless artists can turn it into a form in its own right

There’s another side to this I think.

The gig that we all so fulsomely laud has, over many years, become more akin to a video – strike me down for using the word – ‘experience’. I see many a gig – mostly with younger artists who have hardly set foot in a club, let alone worked their way up through any kind of circuit – where there are mannequin-like bodies in front of an immense video screen with a load of flashing lights and what-nots.

To my possibly addled and old-skool mind, that’s an expensive cover for a lack of performing craft.

So, if I were to ask one good thing to come out of this epidemic for those in the world of concerts, it would be to scale back productions, encourage young artists to learn how to perform without the crutches, and relish being different, rather than falling into a host of unimaginative variations on the same hi-tech theme.

By doing this, we could restrain ticket prices and entice our audiences back in droves at the same time. And we could futureproof a form where the more we blur ‘live’ with ’screened’, the more we risk our audiences realising that there are better thrills to be had.

Nick Hobbs is a promoter, talent buyer and artist agent spcialising in Eastern Europe and the Middle East. He is the owner of Charmenko, Charmworks and Charm Music Czechia, Poland, Serbia and Turkey.