Thank you, Black Out Tuesday 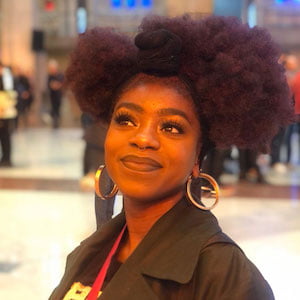 The entire world was shaken by the inhumane loss of George Floyd. Sadly he is not the only one whose life has been stolen at the hands of police brutality and racism – there are hundreds more, including recent cases Ahmaud Arbery and Breonna Taylor. This had an effect on the black community I personally have never seen in my lifetime. Over the last week or so, I have seen and felt a sense of togetherness and support for black people, which we deserve… it is about time.

For me, Black Out Tuesday was a day of reflection and homage, and an opportunity to encourage a profound, uninterrupted level of education within our respective organisations. We used the opportunity to have an open dialogue, amplify black voices, address imperfections in our own policies, and discuss next steps towards tackling prejudice, discrimination and the outright racism black people are forced to endure.

Failure to address these key issues makes you complicit

So, what are the next steps?

The issues have been identified – now it’s time to present the facts. Where are your ethnicity pay gap and employee satisfaction reports? If they don’t exist, now is a good time to populate that data and work towards a safer space for black employees. Data is an extremely important tool and necessary for change.

If you have the capacity to roll out anti-racism training, do so. Educate where possible, and call out racist behaviour, because failure to address these key issues makes you complicit.

If you’re reading this and you’re an executive, a business owner, a manager, a CEO, a founder or anything in between, please ask yourself, “What can I do to spark change? What can I do to make sure my company policies reflect the black square I posted on Tuesday?”

This isn’t a gimmick: systemic and institutionalised racism affects people’s lives, and you have a duty of care.

This is a battle we have been fighting since the beginning of time and will continue to fight until there is real change. If Black Out Tuesday taught me anything, it’s that there is strength in numbers.

BBC documentary: Will Britain Ever Have a Black Prime Minister?

Reni Lodge: Why I’m no longer talking to white people about race

Ibram X. Kendi: How to Be an Antiracist

Ijeoma Oluo: So You Want to Talk About Race

Robin DiAngelo: White Fragility: Why It’s So Hard For White People to Talk About Racism

Michelle Alexander: The New Jim Crow: Mass Incarceration in the Age of Colorblindness

This article originally appeared in issue 90 of IQ Magazine (July 2020). Get more stories like this in your inbox by signing up for IQ Index, IQ’s free email digest of essential live music industry news.