10 things to know if you’re hosting a virtual event 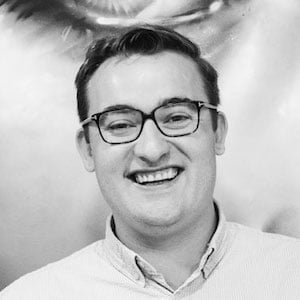 This is the year of virtual events.

With mass gatherings restricted across the world many festivals and events are looking to run virtual editions to keep their audiences engaged and maintain their fanbases. But they are fundamentally different to physical events: rather than taking place in a field or a venue where the audience is engaged, they’re being delivered in the home where they’re competing against the whole of the internet, TV and video games.

Globally, there are over 800 million people engaging with livestreams on Facebook and Instagram every day, but even on lengthy music-led live streams it’s not uncommon for the average view length to be under two minutes. A live stream has not achieved its goal of keeping fans engaged with the brand if they only spend a minute or two watching. Isn’t live entertainment designed to be consumed over 30 minutes or longer?

You need to think outside the box for your virtual event if you want to nurture and entertain your fans. Having looked at some of the most successful live streams, here are my thoughts on what makes an exceptional show:

1. Constant engagement with your fans throughout the show holds viewers. A great example of this is Bongo’s Bingo: you play along with them and if you got a bingo line right you’d WhatsApp them and then they’d randomly call some of those people live on air. You can keep the audience engaged with polls, asking for comments and doing shout-outs.

2. Virtualise the atmosphere of your physical events. Secret Cinema produce immersive cinema experiences. They have recently created Secret Sofa, a weekly immersive virtual event. Andrea Moccia, senior producer, explained to me on Business Keeps on Dancing earlier this month they have managed to translate that atmosphere by sending out carefully crafted preparation emails in advance of the shows letting their audience know what to wear, what to cook and what to drink to get into the mood of the film. The audience respond every week by posting up their outfits, drinks and food creation into the Facebook group.

3. Surprise and delight your audience by offering them unexpected rewards. This concept is proven to promote customer loyalty and engagement. Why not give all of your viewers unexpected gifts or offers for your physical events? Running competitions with low barriers to entry and picking lots of winners for a low-value prize is a great way to do this.

4. Make it physical. While social distancing is in place, we may not be able to gather, but can still use a plethora of services to bring things physically to people’s homes – what can you do with Deliveroo, Uber Eats or advance sales of drinks, food and merchandise?

5. Create intimate moments. People attend events to meet people. It’s hard for audiences to have meaningful encounters in a central stream chat. Can you host more intimate after-parties where audiences can interact on video chats directly?

6. Build up to a peak. Keep your audience in the loop with where you’re up to and keep teasing the next parts that are coming up. Radio presenters are great at this; they build up their audience to a peak that’s coming much later on in the show to hold the audience.

7. Go behind the scenes. There’s a degree of unpredictability and spontaneity that you can get away with on a live stream; showing spur-of-the-moment tours of your house, room or studio or backstage bits can be great. Fatboy Slim’s debut of his daughter as Fat Girl Slim on his channels was interspersed with snippets around his house, and her set was punctuated with appearances from Norman as he made sure her DJ set stayed on track. What can you show viewers behind the scenes that gives a personal insight into your acts?

8. Use a host. Bring variation to back to back performances with a host or presenter. The most listened-to radio stations are defined by their presenters. Pick one with a personality who has a following in their own right to present and engage with your audience over the whole show, keep them engaged in what is coming up next, and tie the whole day together. On Tomorrowland’s streams their presenter comes on between each DJ to introduce the upcoming set.

9. Entertain visually. Remember you’re broadcasting video as well as audio. What are you doing to entertain the audience visually and hold their attention? Sunwaves Festival overlay 3D mapped visuals behind their DJs to bring their sets to life. Can you bring in visuals, music videos or fun and games?

10. Offer different entertainment options. Your audience will be in varying moods and viewing situations. Why not have some parts of the day with multiple stages with different tempo activities, as if it were a greenfield festival? Your day could crescendo on the main stream for a headliner performance, just like would happen at a festival.

Summary
You’re competing with the best-funded entertainment purveyors in the world. If you want to keep your audience engaged you need to plan your content as if you’re writing a TV show or a radio show.

Take time to create an exceptional concept for your show, building in as many of the key takeaways above as your resource will allow.

Rob Masterson is managing director of Mustard Media. Find out more about how Mustard Media can help with virtual events by emailing [email protected].