All 80,000 eight-day tickets for Roskilde Festival 2021 have been snapped up, with the final 15% selling out in a matter of hours this morning 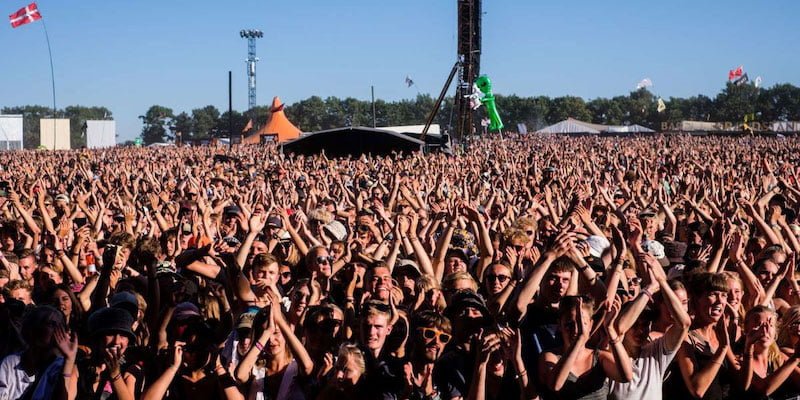 Roskilde's 50th anniversary has been postponed to 2021

With more than 14 months to spare, Roskilde Festival has sold out of full event tickets for 2021, after 85% of those who planned to attend this summer’s cancelled festival opted to hold onto their tickets.

Roskilde was forced to call off its 50th-anniversary edition, originally scheduled for 27 June–4 July, in early April, after Denmark became one of the first countries to ban large-scale outdoor events to prevent the spread of Covid-19 this summer.

Of the 80,000 people who’d bought a ticket for the 2020 festival, just 15% opted to return them for a cash refund rather than use them for Roskilde 2021, according to organisers. Those 12,000 tickets went on sale again this morning (12 May) and sold out within hours.

The remaining five thousand one-day tickets, meanwhile, will go on sale in autumn 2020.

“Since the cancellation of this year’s festival due to Covid-19 unfortunately became a reality, we have received support in spades from participants and partners alike,” says festival promoter Roskilde Festival Charity Society in a statement.

“Our social media has been overflowing with encouragement and now, we are happy to say, words have been followed by action. An overwhelming majority of ticketholders have gracefully chosen to transfer their ticket from the 2020 to 2021.”

Thirty-two projects, including community recording studios and an activist hip-hop festival, will each receive between 10,000 and 1.4 million kroner (€1,340–€188,000) from the money earned from Roskilde Festival 2019.