Panellists discussed livestreaming, VR and the delicate subject of charging for online content during the latest IQ Focus session, The Innovators 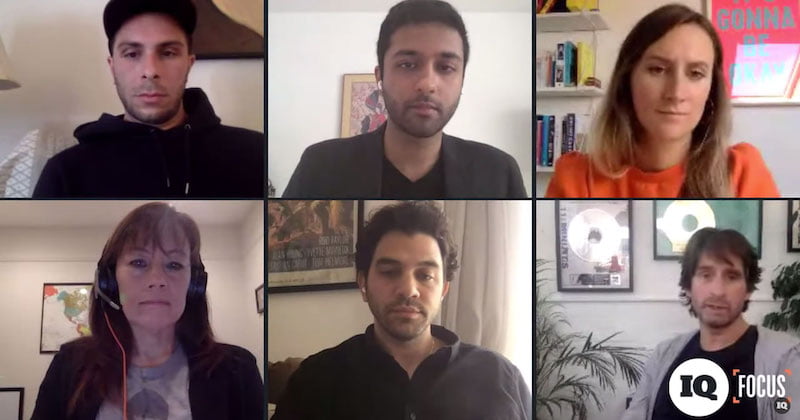 The heads of some of the industry’s most inventive companies starred in the most recent IQ Focus panel, appropriately called The Innovators, which discussed the flurry of innovation going on behind the scenes during the ongoing halt in concert touring.

Dice’s UK managing director, Amy Oldham, began by speaking on the importance of “identifying the value” in new platforms and innovations. “In the beginning [of the pandemic], there was a lot of noise and a lot of not-very-good-quality shows,” she explained.

“Lewis [Capaldi] is a great example” of what the industry should be working towards, she added. “We did his show exclusively a few weeks ago. He did an acoustic set of the first album, and it actually felt like being on a night out – you had people taking photos of themselves hugging the TV saying it’s the best £5 they ever spent.”

Tommas Arnby of Locomotion Entertainment said his client, Yungblud – whose Yungblud Show Live (described as a “rock-and-roll version of Jimmy Kimmel”) was one of the early highlights of the livestreaming boom – was supposed to be “doing five sold-out Kentish Town Forums” in London this week, and his online presence is “about how to recreate that” live experience.

“In the very beginning these bedroom and kitchen performances played an important role,” but now people expect a more polished experience, said Ben Samuels, MelodyVR’s president and GM in North America. “What we’re doing is investing a lot to ensure these shows look and feel fantastic. […] They should be the best thing to actually being on stage or in the front row of a real show. So production values have been crucial to us.”

Sheri Bryant, president of online ‘social VR’ platform Sansar, said a virtual concert should be looked as “additive; it’s not going to replace the live performance”.

Oldham – who revealed that Dice is now selling tickets in at least 113 countries following the launch of its livestreaming platform, Dice TV – agreed that while everyone on the panel is doing a great job keeping fans engaged while touring is on hold, “one thing we haven’t nailed is giving artists confidence that just because they’re doing something on a stream doesn’t mean we shouldn’t be charging.

“All the movie studios are shut, and yet we don’t see them dropping films online and saying, ‘Just pay what you fancy!’ Artists have to feel comfortable and confident about charging for their content.”

Chair Mike Malak, from Paradigm Talent Agency, compared charging for online video content to the transition in the recording business from fans pirating music to (legally) streaming it, noting that “we all grew up watching free YouTube videos”.

Bryant said Sansar wants “everyone to be able to experience” the platform, suggesting offering both a free tier and a “VIP experience” that could include perks for those who’ve paid, such as meet and greets with an artist or special powers inside its virtual world.

“The most important thing for us is to show agents and managers that people had a great time,” said Prajit Gopal, CEO of livestreaming platform Looped. “That’s always been really important – going back to them and showing them,‘Here’s the reaction, and this is why you should be charging for it.’”

With talk turning to sponsorship in virtual events, Oldham warned that “sometimes you can oversaturate an artist by doing too many partnerships”. However, Bryant said the music industry has much to learn from the wider entertainment business when it comes to getting its talent out there.

“Look at how the YouTube stars, the Twitch streamers got big: through hard work and with lots of exposure,” she said. “If you’re good and you’re getting out there, you’ll see that growth. I don’t think people should be precious about exposure – you want to be across as many platforms as possible, because you never know when one of them will see a big spike [in traffic].”

The discussion ended on a positive note, with Samuels highlighting how fortunate the live music business is to have all this technology at its disposal at such a difficult time.

“Imagine if this [coronavirus] happened 20, 30, 40 years ago – it would have been catastrophic,” he said. “In a weird way, we’re lucky this happened now, with all these platforms that can continue to bring high-quality content to fans and enable artists to still make a living.”

Arnby agreed: “All these choices, all these ways to connect… The future is very bright.”