Live music can help cities bounce back after Covid-19 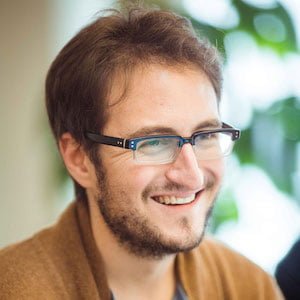 Notwithstanding the significant challenges the economy is facing, as 81% of the global workforce is negatively impacted by the crisis, we are seeing a newfound commitment in some cities and countries to supporting their music sectors.

Some are doing better than others. In France, a festivals fund has been launched to support grassroots and independent music festivals. In the UK, the statistics published by the UK Live Music Group are a cause for concern, especially with the furlough scheme set to end or be revised at the end of June. Much of this intervention has been dedicated to national responses. But if we look to our cities, we are seeing even more positive change. But much of this is not immediate.

Before the crisis, music policy was a piecemeal, ad-hoc affair for most city governments. Some cities have active relationships with their music communities. Most didn’t. Music tends to be governed by something else, be it environmental health, culture or tourism departments. Few cities have music offices or live music specialists. What we’re seeing – at least in its beginnings – is a shift towards active engagement with music, with cities looking at the sector – and especially live music – as a recovery tool. While this is not yet producing actionable solutions to replicate, it is seeding a shift in mindset worth highlighting.

What we’re seeing is a shift towards active engagement with music, with cities looking at the sector as a recovery tool

This has started with relief. The mayor of London contributed £450k to Music Venue Trust’s Save Our Venues campaign. In New Orleans, a local livestream – Band Together – to support musicians and local venues raised $41,000 in three hours. In Seattle, music venues are being explicitly mentioned in relief funds. The Columbus Music Commission is organising curbside concerts for elderly residents stuck at home, and paying artists in the process. In Liverpool, support is coming from a pot once dedicated to strategic investments. United We Stream is raising hundreds of thousands of dollars in Berlin, Amsterdam, Manchester and other places. This is on top of national support being allocated to the live sector, which is – while not universal – significant.

In addition, a number of other cities are looking at changing policy and practice. St Louis, through a new music initiative, has begun a wide ranging music policy project focused on ensuring music, from now on, is included in all levels of civic discourse. In Madison, Wisconsin, a widespread civic initiative is underway to create a ‘Madison Music City’ advocacy organisation, to follow on from its music and equity taskforce last year. Huntsville, Alabama passed an ordinance to create a music board, which meets monthly. Its first task was to provide music-specific Covid-19 resources, via the city council’s website, to local musicians and creatives. Since, the city has launched an emergency response programme. Eight cities in the US and Canada are working with volunteers to explore how to reopen their venues safely. The new Independent Venue Association in the USA is gaining significant traction in changing policy so its members – and those they employ – are eligible for relief like any other business. While some of these initiatives may have begun before Covid-19, all have accelerated in the crisis.

While still exceptions, a number of cities – and the agents of change working with them – are recognising the value of live music and beginning to reimagine how to better support the sector. However, there are over 4,000 cities in the world with over 100,000 people and these changes are a drizzle, not a downpour. But it is a start. Cities around the world invest in festivals, venues and music infrastructure but this is often coordinated without much civic coordination. A blueprint is needed to further encourage this change, and now is the time to introduce it.

This is why we are launching #BetterMusicCities, a campaign to ensure music – in all its forms and functions – is represented and engaged in civic discussions regarding recovery. Relief funding is one thing, but relief will end. More supportive tax, licensing and regulatory infrastructure is needed. Cities need intentional live music policies, aimed at supporting the sector. Venues should be eligible for the same incentives as any other business. Apprenticeship and training schemes must be more widely available. Support should exist to create more sustainable, environmentally friendly venues, festivals and supply chains and reward those who invest in them. Local artists should be mapped and engaged with, especially as local music is the only live music we’ll have for the time being. All cities should have engaged representatives as standard, tasked with supporting their scenes year-round.

To support the campaign, we have written a guide to how cities can better engage with music, called the Music Cities Resilience Handbook. We have also written an open letter then can be downloaded and sent to any city council, mayor or alderman to advocate for music to have a seat at the table in recovery discussions. We will be translating everything in Spanish soon, as well.

This crisis has demonstrated the power of music and the uniqueness of experiencing it live. Policies that have taken this for granted are being exposed, and now is the time to fix it. Join us at www.bettermusiccities.com.

Shain Shapiro is founder and CEO of Sound Diplomacy.