Support for UK freelancers: Close, but no cigar 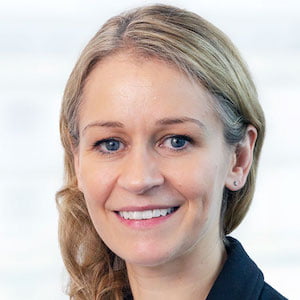 Following the introduction of the job retention scheme (JRS) to provide support for employers and employees during the pandemic-induced downturn, the UK’s chancellor of the exchequer, Rishi Sunak, faced mounting pressure to introduce similar measures for the UK’s self-employed. Voila, on 26 March, the chancellor announced the self-employed income support scheme (SEISS), purportedly covering at least 95% of the UK’s 5 million self-employed workers.

While this is a massive handout from the government which will likely serve as a lifeline for thousands of freelancers in the coming weeks, the scheme’s limitations has raised concerns. The government will effectively be withholding substantive support from significant sections of the freelance population in the live music industry, many of whose livelihoods have effectively dried up overnight, including any freelancer who runs a loan-out company (ie a personal service company, whereby they are both the owner-director and sole employee) and takes their profits out by way of both dividend and salary.

The lack of government support could potentially have a significant negative impact on the UK’s creative industry, given the prevalence of this model in the sector.

The level of state support provided under both the JRS and SEISS is unprecedented. Those freelancers who meet the qualifying criteria for the SEISS will be able to claim a grant of 80% of their monthly profits based on a calculation of their average monthly earnings over their last three years’ of tax returns, up to a cap of £2,500 per month.

The scheme is initially set to run from 1 March for three months (although may well be extended depending on the length of the lockdown), with a lump payment scheduled to be made to qualifying freelancers in June. However, the qualifying conditions are quite stringent, including that the freelancer’s annual trading profits must be less than £50,000; the individual must have been self-employed prior to 6 April 2019; have suffered a trading loss as a result of Covid-19; and that over half their earnings must have been from self-employed work.

The policy rationale for some of these criteria seems logical. For example, the profits criterion will mean that many successful freelancers, such as senior camera operators, lighting directors and talent on TV and film productions, may not qualify. Arguably, this is a reasonable outcome for a scheme intended to provide a safety net for those freelancers who need it most. Indeed, the chancellor has suggested that the individuals excluded on this basis have an average income of £200,000.

On the other hand, a few of the remaining criteria appear to mean that there is no safety net available to certain classes of freelancers, which may also include those who need it most: First, those freelancers who move regularly between pay-as-you-earn (PAYE) and self-employed engagements have been omitted from the scheme and may not qualify for the JRS if they were not under an employment contract as of 28 February. Second, any new business, ie any freelancer who was not self-employed as of 6 April 2019 will not receive any benefits under SEISS.

Finally, those freelancers running loan-out companies which operate PAYE systems have also been excluded: The government has tried to offer reassurance by stating that these individuals could ‘furlough’ up to 80% of their PAYE income via the JRS (which provides up to £2,500 of ‘wages’ per month to employees).

While this may be genuinely helpful to some, it is unlikely to be a silver bullet in the majority of cases. Most freelancers with loan-outs pay themselves a low salary and take the majority of their income out as dividends. This is the most tax-efficient way of taking their money out of the company and is permitted under the UK’s tax system.

In the context of the UK government’s Covid-19 measures, however, this means that these individuals will not qualify for SEISS and will only receive government support under the JRS calculated by reference to their low salary, not their loan-out’s overall profits. This simply may not be enough for some.

Clearly, both the JRS and SEISS are schemes designed in days that would usually have taken months to develop and launch. Equally evident in the detailed provisions of the scheme is the government’s concern that the benefits available will be abused by some. Nonetheless, neither of these factors should result in schemes that unnecessarily penalise individuals acting within the existing tax rules, as the impact on British industries could be long-lasting.

The short-term and time-bound nature of the live music industry means it is particularly dependent on freelancers. It is therefore important on an individual and sector level that those using loan-out companies are given the financial support they need over the next few months to survive. Some industry commentators believe there will not be a full return to normal in respect of live music events until early 2021, and so this sector may be more impacted than others. It is hoped that the government would continue to provide support for those who need it for so long as there is a business case for it.

When announcing the SEISS, the chancellor made it clear that it had been challenging to provide equivalent protection for employees and self-employed workers given the differences in tax contributions currently. He also indicated that the efforts to compensate both self-employed individuals and employees equally during the Covid-19 pandemic might lead to a renewed focus on tax standardisation in the UK – meaning there are likely to be changes made to the UK’s tax system following the current crisis to even out the tax treatment between the employed and self-employed.

This would certainly be a better time to take considered measures to align the effective tax rates of employees and freelancers; however, any measures that involve increasing the effective tax rate for the self-employed should be designed with care and with their potential impact across all industries, including the media sector, taken into account.

It seems that a post-Covid-19 world will see many changes in working practices and, potentially, how parties contract. For now, however, the enormous efforts made by the British government to provide support for both employed and self-employed individuals during an unparalleled time should be recognised.

At Wiggin we are doing our part to support both the policy initiatives and the industry, collating responses to the scheme from stakeholders across the creative sector and submitting a series of questions and suggestions directly to HMRC’s Covid-19 team. It is to be hoped that, with further consideration and clarification, both the SEISS and JRS can fully achieve their aims.