Live from the archive 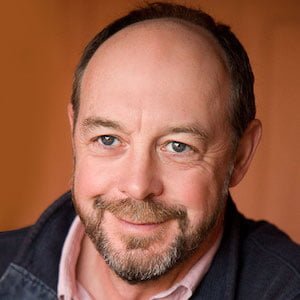 In just a few weeks, we’ve gone from stadium concerts to musicians playing ‘bedroom sets’, to the touring circuit being put on hold and the rug well and truly being pulled from under artists, cutting them off from fans and, in many cases, their main source of income.

With things unlikely to settle, artists are having to adjust to this new normal. The audience appetite for live music hasn’t gone away – in fact, with more time and entertainment budget that can’t be spent elsewhere – it is even bigger. Although streaming is down, for independent online CD retailers sales are spiking, with volumes up more than 200%.

Streaming live shows from quarantine is one option, but it assumes both huge reach, to make advertising income worthwhile, and the equipment to make a show happen – put simply, a lot of musicians aren’t set up for that. So, the music industry is looking for tools that exist to help artists and venues overcome zero income from live performances, while consumers look for the closest thing to those live performances.

One option comes from an unexpected direction. In previous years, artists and venues sold concert CDs at the exits of venues, and in recent years that business became digital too, with new platforms allowing artists to record and sell recordings digitally, and make them available for streaming. Now such platforms are being used as an alternative way of engaging with fans. Making archived recordings available is an excellent means of keeping fans connected to artists, while simultaneously driving revenue for those artists.

It is a rare initiative that satisfies every part of the music industry. At a time when artists and fans are desperate to engage, imagine being able to give fans audio recordings of every concert or of whole tours, creating a place where audiences can find the shows they attended and experience those unique memories again, and where fans can celebrate the excitement of live music. It allows the industry to provide ticket holders with postponed concerts to stay connected and it creates an opportunity for artists to identify their real fans and reward them with early access to gig tickets when normality resumes and ‘live’ gets back on track.

It is a bold idea, but one that could be extremely beneficial to artists and fans alike. After all, what better way is there to connect than through live music?