Why young women are the future of construction

To mark International Women's Day, Jayne McGivern, MSG's EVP of development and construction, writes on the opportunities afforded to women by projects such as MSG Sphere 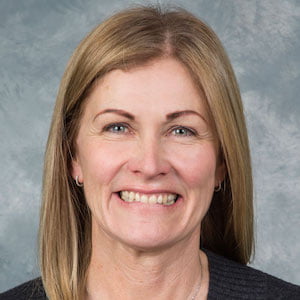 It feels odd to me that more women aren’t involved in an industry as interesting and challenging as construction – according to official statistics, women only account for 12.5% of the UK industry today.

This isn’t just a man’s job and, although I haven’t encountered any major obstacles during my career because I am a woman, there’s clearly something going on if construction is still so dominated by men.

So, after the first International Women’s Day of this decade, I think it’s important that we encourage the young women of today to become the future of this important industry and take advantage of the career-defining opportunities available to them.

I’ve led teams delivering some of this country’s most iconic projects, including the O2 Arena and the new Wembley Stadium. And today, in my role as executive vice-president of development and construction at The Madison Square Garden Company, I have the extraordinary opportunity to deliver state-of-the-art venues that represents the future of live entertainment: MSG Sphere.

We are currently building MSG Sphere in Las Vegas, and we’ve also announced plans to build a second MSG Sphere in London, pending planning consent and other approvals.

As a leader in the construction industry, it’s exciting to take on the challenge of transforming a disused and unloved former coach park in east London into a state-of-the-art venue, bringing jobs and investment to Newham and to the country.

It’s perhaps a happy coincidence that the Women into Construction project was developed on the Olympic Park, just yards from the MSG Sphere site in Stratford, to address the gender imbalance in construction. It was originally created as part of the legacy of the 2012 Olympics with the aim of increasing the number of women working in construction on the Olympic Park and creating a trickle-down effect throughout the industry.

I’d like to think that a project as exciting as MSG Sphere could be just as inspiring and encourage young women who are thinking about their future careers to consider development, construction, engineering, architecture and environmental sustainability – just some of the many job opportunities that MSG Sphere would create.

I feel strongly that the key to getting more women into our sector is to show them what’s possible. That’s one of the reasons MSG is so focused on working with schools, colleges and youth groups in east London: to give today’s students a taster of the sort of work they could do at MSG Sphere in the future.

And I am proud to continually champion the many exceptional women I work with at The Madison Square Garden Company, where so many of our senior management team are female.

It is odd that only 12.5% of the construction industry is female. I believe this is largely the result of an erroneous perception that the industry is not as open to women rather than the reality.

That said, if there are barriers to women joining this profession, then we need to remove them, and I would encourage the current and future leaders in the construction industry to lean in and do this together by example, by encouragement and – most importantly – by deed.