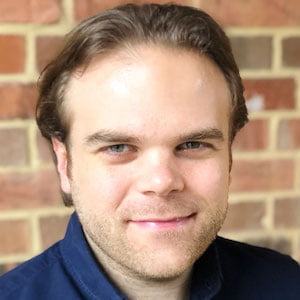 In 2015, when the concept for Twickets was born, the ticketing industry was broken.

The emergence of four major players in the uncapped resale space allowed a new breed of ticket tout/scalper to thrive. Artist and organiser reputations suffered, as did the fans and their bank balances. Horror stories of extortionate prices, fraudulent tickets and consumer unrest were rife. A worrying pattern was also emerging – with fans spending more on tickets, they were able to attend less shows and had less to shell out on merch and F&B. With the industry coming to terms with these changes to the ticketing market, we saw an opportunity to offer an ethical alternative. Twickets has been at the forefront of the fight back in the UK ever since.

Five years on, and two of the major players have now ceased trading, with parent company Ticketmaster instead following our model of a ‘face-value’ cap in Europe. The remaining two, StubHub and Viagogo, however, are on the brink of becoming one all-powerful secondary ticketing beast. Recent changes to ticketing laws have gradually forced these sites to display more detailed information, ultimately making the listings more traceable. This was a much-needed change and was rightly applauded, but it’s also had the undesired effect of forcing touts underground, onto less regulated platforms like Facebook, Twitter, Gumtree and new sites such as Gigsberg, where the consumer is now faced with the added threat of fake tickets.

Over the past year or so, some primary ticketing sites in the UK have joined Ticketmaster in launching their own face-value resale platforms, dealing exclusively in their own inventory.

And there’s the rub. A tour will nearly always be ticketed by a wide variety of primary agents, particularly in the UK. Many ticket holders looking to sell will have paid little attention to exactly who they bought the inventory from, whilst buyers hunting for resale tickets are unaware of who the official outlets were in the first instance, and don’t know where to look.

This is where Twickets comes in. We are the trustworthy, independent and unbiased aggregator that both sides need. Twickets remains the only face-value resale service that can facilitate the sale of any ticket for any event, no matter where it was purchased. It’s also a solution that works. The average time from listing to sale has reduced every year since Twickets formed, as users build trust in the service, and now stands at just over a day. It’s this success that brings fans back and helps to create loyal customers.

We are the one-stop shop … Think of us as the Switzerland of ticketing!

For the fan-conscious artist, it is paramount that the guidance is clear. They don’t want to be giving conflicting instructions for every date on a tour. What’s more, in some cases, even though the primary outlet has a face-value resale arm in this country, their global offerings are vastly different. If an artist is embarking on a world tour, what started out as a fan-friendly statement targeted at UK consumers could result in their audience being unwittingly cast into the hands of touts or scalpers elsewhere.

We are the one-stop shop that simplifies the process for fans, and makes life easier for the artists. Think of us as the Switzerland of ticketing! Starting as a business outside of the mainstream bubble, Twickets has now been embraced by over 300 artists, promoters, venues, sports teams and theatre producers in the UK, and we are also the first dedicated resale service to be invited to join STAR, the UK’s leading ticketing body.

Going forward, our primary focus must be to carry on building awareness, both in the UK and internationally. To achieve this, we need to collaborate with yet more like-minded partners in a multitude of sectors, particularly where customer experience is the shared goal.

Our work with artists such as Ed Sheeran, Adele, Arctic Monkeys, Catfish and the Bottlemen, Nick Cave and the Bad Seeds, The 1975 and hundreds of others prove that when the manager, booking agent, promoter, ticketing agents and venues all come together with a common goal, the touts really can be marginalised.

After the success that Twickets has had to date, we’ve started to extend our service so we have the capability to operate in other European territories, Australasia and North America. Secondary ticketing is far from just a UK concern, and our research has shown that there is significant interest in Twickets elsewhere from industry and fans alike. We are now taking our first steps towards answering those calls and satisfying demand.