All major venues in Kingston upon Hull, including Bonus Arena, Hull City Hall and the VMS Live portfolio, have joined forces to put their city on the UK live music map 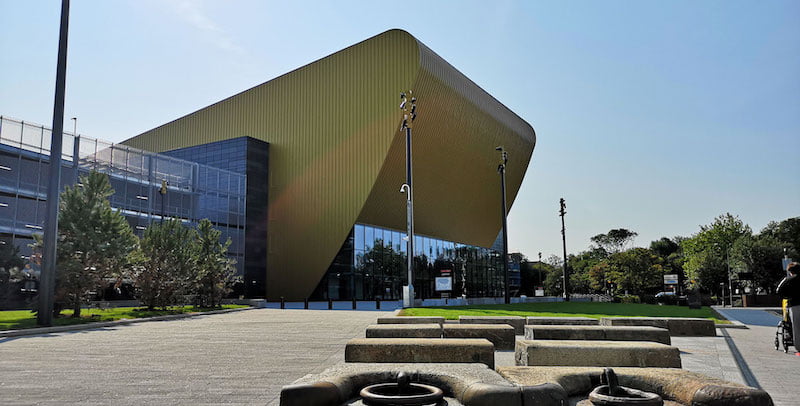 The ASM-operated Bonus Arena is backing Hull City of Music

The leading music venues in Hull, in north-east England, have joined forces to promote the area as a ‘city of music’ in the vein of Liverpool or Manchester.

Hull City of Music – comprising venues including Bonus Arena (3,500-cap.), Welly (600-cap.), Adelphi (200-cap.), Asylum (1,100-cap.), the 1,200-seat Hull City Hall and the Humber Street Sesh festival – aims to “encourage the experience of live music within the community through attendance, participation and education” and put “put the city’s live music scene will on the map in the same way as Manchester and Liverpool’s musical heritage”, according to a launch announcement.

Famous musical exports from Hull (in full Kingston upon Hull), a city of some 250,000 people in the East Riding of Yorkshire, include Sade, the Housemartins/Beautiful South, Fatboy Slim, Throbbing Gristle and Bowie collaborator/Spider from Mars Mick Ronson.

The Hull City of Music group will work alongside Hull City Council and Visit Hull to:

“Hull City of Music gives all venues, regardless of size, the chance to come together”

As part of its longer-term aims, the group hopes to inspire young people to get involved in the music industry, whether as artists or promoters, technicians or other industry professionals.

It is also hoped that by working together, the city will be able to take a “joined-up approach” to hosting a multi-venue event, similar to Live at Leeds or Tramlines in Sheffield, which attract thousands of visitors from outside of their respective cities.

It is the first time in at least 30 years that all major venues in the city have pledged to work together.

Dan Harris, general manager of ASM Global’s Bonus Arena, explains: “Over the last few years Hull has welcomed some enormous bands and artists to the city, with even more planned in 2020. Hull City of Music gives all venues, regardless of size, the chance to come together and celebrate the rich cultural offering, promote the city’s grassroots acts and clear a pathway to continue to put the city on the musical map.”

“Multiple musical hearts from local government to enterprises and media have joined forces to emphasise the unique and vibrant live music scene in Hull,” adds Bert van Horck of VMS Live, which operates the Welly, Welly 2 and Polar Bear. “Music is a vital anchor in the social fabric of our society, and we will continue to drive this forward to the benefit of the audience and the musicians.”

Mark Hall, business manager for Hull Box Office, comments: “In nearly 30 years of working in the live music scene in Hull, I have only ever dreamed of a group that brings all of the city’s venues and promoters together to promote the vibrant and diverse music scene that exists in this great city.

“With the full support of Hull City Council and VHEY [Visit Hull and East Yorkshire], Hull City of Music is a really exciting partnership that promises to make this city great again!”

Cllr Dave Craker, portfolio holder for culture, leisure and tourism at Hull City Council, adds: “It is great for the council, through Visit Hull, to be part of a partnership of venues that will help to rightly establish Hull as one of the country’s best destinations for seeing and playing live music.”

A Hull City of Music website, including combined gig listings for all member venues, will launch in the coming weeks.