Melvin Wong, founder of blockchain ticketing company 1Krowd, explains how best to monetise online concerts and events in the wake of the Covid-19 pandemic 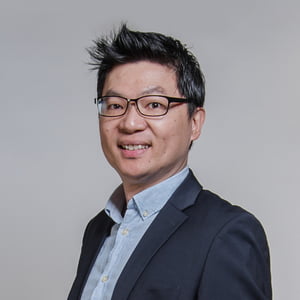 The coronavirus continues to wreak havoc on the global economy and one of the most affected sectors is the live events industry – the very industry that brings your favourite artists and idols to your city.

Based on a survey of 5,600 self-employed individuals who work in this sector, 71% of them are deeply concerned about being able to pay their bills, while 46% of those surveyed are already experiencing loss of income. Some predict the outbreak will sustain itself for six months, while others fear it will last longer.

Although some artists have gone live online by running their own virtual concerts, many of these free online events are merely casual live streams that do not do justice to the millions of dollars paid by fans to attend the actual offline version.

In order to sustain everyone who puts on live events as part of their livelihood, there is a critical need to find effective ways to derive actual income from online concerts. Here are some practical suggestions while we wait for the virus storm the clear.

Don’t think of virtual concerts as concerts
The most common way of putting on a virtual show is to take the entire offline concert and dump it into an online stream. Do not fall into this premise. A digital experience is uniquely different than the experience of attending a concert.

Remember that the revenue derived from online events can never be on par with the revenue from an actual concert, just like paying for cable TV to watching the Super Bowl in the comfort of your home is a lot cheaper than buying a ticket to the actual event.

The same goes for the cost as well. It’s a lot cheaper to run a live online show but this doesn’t mean artists should perform in their pyjamas in the backyard. In order to get fans to bridge that penny gap (the willingness to pay for an online service), sufficient value needs to be delivered to make them want to pay.

Online streaming also offers many advantages, such as fan interaction and behind-the-scenes experiences that should be exploited.

Interaction is key
Ever wonder how BTS took the entertainment world by storm? Social media had a big part to play. The actual fact is their management company Big Hit Entertainment took advantage of what social media could offer – a channel for diehard fans to interact with the band (all the way down to a personal level) and offering behind the scenes access to their everyday lives.

Online concerts should do the same thing. Some examples include engaging in audience interaction via live chat – YouTube live stream comes built-in with this; replying to chats and comments, as well as encouraging song requests; conducting a live tour around an artist’s home or studio, drawing the line between what is private and what is accessible to fans; introducing the artist’s crew to the audience.

Run a fundraising drive
Instead of asking fans to pay for tickets, turn it into a donation drive. A jazz band called Skerik Band made more money from their virtual concert than they would have made in their last three shows on their tour.

A bunch of Nashville musicians took matters into their own hands by running a virtual concert called Corona Concert No. 1 on Facebook. Donations are done via a GoFundMe page. To date, they’ve raised over $5,000 out of their $10,000 target.

Boost ticket sales for rescheduled tour dates
Since concerts have been postponed, now is the chance to sell more tickets to rescheduled events. Now, there is plenty of time to sell, sell and sell. Continue to remind online audiences about rescheduled dates.

Split online concerts into different experiences
Online concerts should not be just about songs and music. They should also be about the experience that is shared with fans. Consider having different sections in a two-hour long live stream, where in some intervals, fan interaction is prioritised.

Consider different business models
Monetising is always difficult for online services and that includes online events. However, some have succeeded in this area such as the thousands of YouTubers around the world who are monetising from ads and paid subscriptions services such as Patreon.
Popular online gamers are even making a living live-streaming their gameplays on Twitch. In South Korea, a famous online streaming platform called Afreecatv.com offers individuals to live stream basically anything and be rewarded with virtual balloons that they can convert to actual cash (minus a percentage taken by the platform).

According to Afreecatv’s 2019 financial report, they paid almost $20 million in commissions to all their online streamers, known as BJs (broadcasting jockeys). One streamer actually received $100,000 worth of virtual balloons from an adoring fan!

Melvin Wong is the founder of ticketing technology provider 1Krowd.