With most of Europe in lockdown, festival associations on the continent are weighing up their options as the summer festival season approaches 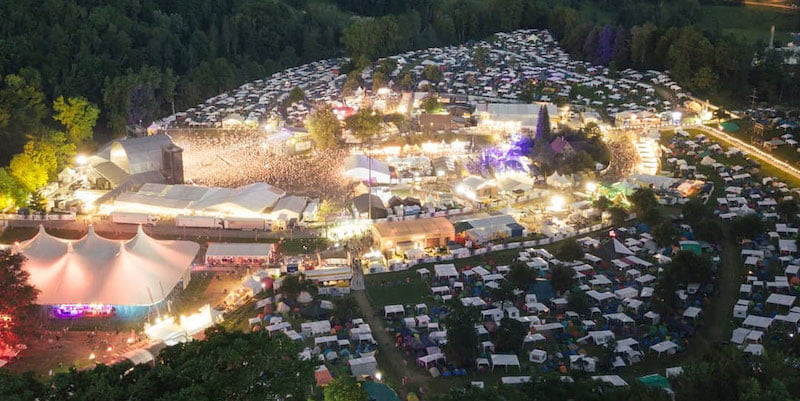 As Britain’s large summer events continue to fall away (with Goldenvoice UK’s All Points East and Live Nation’s Lovebox and Parklife the latest to cancel due to coronavirus concerns), members of several European festival associations are taking a different approach – biding their time while urging governments to provide greater clarity about the months ahead.

“The cancellation of Glastonbury was a surprise to a lot of people [in continental Europe] and, media-wise, a big pressure on everybody,” says Christof Huber, festival director of Switzerland’s OpenAir St Gallen and Summer Days Festival, and general secretary of Yourope, the European Festival Association.

Last week, two of the association’s members, Roskilde Festival (Denmark) and Open’er Festival (Poland), spearheaded the #FestivalsStandUnited campaign, which saw some of Europe’s biggest music festivals state that they intend to go ahead with their events this summer, and that in doing so they will “be a crucial part of the survival of this industry”.

More than 60 festivals – including events taking place in early June – put their names to an open letter entitled ‘Festivals Stand United Across Europe’, which was also signed by Yourope.

Paul Reed, CEO of the UK’s Association of Independent Festivals (AIF), says it’s widely expected the lockdown in Britain will go on beyond the current three-week period, with many festivals assuming 12 weeks of no public gatherings – a period that extends well into June (without even taking into account a two-week build).

Reed says the views of AIF’s 65-strong membership are as diverse as the festivals themselves: “We have some members with events in August contemplating what they should do, but on the other hand we have festivals in July thinking they’re going to go ahead,” he explains, noting that there are “myriad considerations” around deciding to cancel or postpone.

Also weighing up his options is Patrick de Groote, artistic director of Belgian world music festival Sfinks Mixed (23–26 July) and secretary of the Forum of Worldwide Music Festivals (FWMW), who tells IQ: “We’re hearing that all April festivals [in Belgium] will be cancelled; in May, some yes, some no… We’re still waiting to be told, and everybody is preparing so we can be ready when we have more information.”

De Groote says one Dutch FWMW member has already made the decision to cancel, after concluding it could not be ready in time for June. “It’s impossible to build a festival when all the workers are in lockdown,” he says.

According to Reed, there are advantages in being ordered to cancel by authorities, as opposed to organisers pulling the plug themselves, particularly around artist fees (although he adds, encouragingly, that “most festivals are already working positively with agents” on that front).

“A lot of things are on hold right now,” adds de Groote, “including artist contracts. It’s hard to sign something when you don’t know if you’re going to be able to honour the contract.”

An additional issue for world music festivals like Sfinks, he continues, is that different parts of the world are at different stages with regards to coronavirus. “At Sfinks, we always have a lot of African and South American bands, and their countries are much earlier in this pandemic than Europe and North America,” he explains. “This year, we’ve booked [Malian duo] Amadou and Mariam and [US act] the Blind Boys of Alabama – the Blind Boys should be OK, but where will Mali be in a few months’ time?”

Huber says Yourope’s members are “all [still] working on our festivals”, and need “a few more weeks to monitor the situation” before deciding whether to go ahead as planned.

“We need a certain clarity about the policy of our governments and about any restrictions,” he adds. “Festivals can’t just decide to pull the plug without knowing what the situation will be in three months.”

Whatever the outcome of summer 2020, Reed emphasises than both fans and festivals must remain positive about the future. “It’s difficult to think about the recovery when people are in survival mode, but’s important to remember we will come out of this,” he concludes. “And when we do, people will need live music more than ever.”