No rhythm in the algorithm

Claudio Trotta, CEO of Italy's Barley Arts, sounds the alarm about Viagogo’s takeover of StubHub, and the wider consequences of the ‘algorithmisation’ of the industry 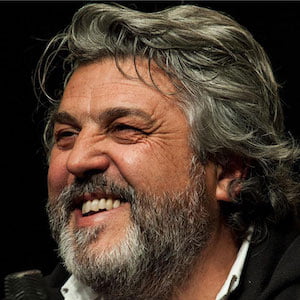 As I said at the time, when I received word of Viagogo’s plans to acquire StubHub, it was one of the worst pieces of news I had received in my more than 40 years in the business.

First of all, the fact that Viagogo can spend US$4 billion in cash is very worrying. Secondly, that Viagogo has bought a competitor that operates in most countries means we are still really far from winning the battle against this cancer – and I do truly believe it is a cancer – which has been eating away at the live music industry for far too long now.

I am sure Viagogo has made this deal because they absolutely know it means they can carry on doing secondary ticketing in the majority of countries in the world and circumvent the laws in place. This is very bad for the future of the industry; for music, for punters and for overall quality. Music is in danger of becoming only for rich people and hardcore fans – the only people capable of or prepared to pay inflated secondary prices.

We need to do something to combat this, otherwise live music as we know it will die. Hugely inflated prices would mean no new acts either, which means no future for the business.

I truly believe the audience and the industry needs waking up from a long sleep. The music business has clearly been “drugged” by this system, which has inflicted damaged on the audience, who are, ultimately, our main shareholders.

What’s at stake, in fact, is not just the chance for punters to buy tickets at a decent and sustainable price, or attend several different shows, or even for newcomers to the live music industry to freely decide whether they want to be an independent entrepreneur or an employee of one of a few major companies… What’s at stake now is the future of our kids and, ultimately, their relation to culture and live music and the role it plays in their lives.

The future should depend on our own talent, courage, respect, work ethics and professionalism

With the dawn of dynamic pricing, which uses software to price tickets automatically based on popularity, we have taken yet another step towards the algorithmisation of the live music industry. Are audiences of the future going to be able to grow their identities and personal tastes organically, rather than artificially following algorithms that decide – what they listen to, what they see, what they buy and so on – for them?

The music business has to walk to the beat of its own drum, the way it has always has.

This means making your own choices based on whether you believe in an artist and like their material, not because an algorithm tells you that a particular song is what ‘X’ amount of people will love or that this is how much a ticket should cost.

It means challenging convention and creating our own future based on our own feelings. What really scares me is that if we don’t act now, in the very near future people will no longer trust their own feelings and make their own decisions.

The huge personalities that have influenced the industry, like Bill Graham, certainly didn’t use algorithms, and we are all in the industry because of their talent and charisma. Maybe it’s time we remembered that.