Arthur Awards 2020: All the winners 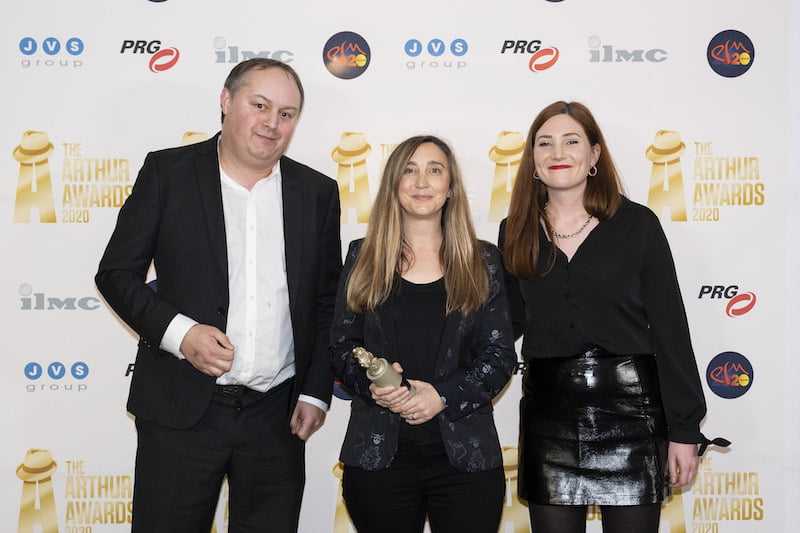 The prizes were handed out during the Arthur Awards Winners’ Dinner, hosted by CAA’s Emma Banks, who took to the stage in a full hazmat suit and gas mask emblazoned with the letters CAA across her back in hazard warning tape.

As the evening culminated with The Bottle Award, the unique industry achievement gong, Emma was invited back on stage to receive it, to loud applause and a standing ovation. “If I should say anything, it’s that we should all pick up the phone more,” she said. “You can’t have a relationship via text message or Whatsapp. We need to speak to each, to be more nice to each other.”

It was a successful night all round for CAA, as Summer Marshall won the Second Least Offensive Agent award.

The prizes were handed out during the Arthur Awards Winners’ Dinner, hosted by CAA’s Emma Banks

Notably, all Arthurs for individuals – the prizes for best assistant, professional services, new business talent, agent and promoter, as well as the Bottle award – went to women.

Venue (First Venue To Come Into Your Head)
Roundhouse, UK

Production Services (Services Above and Beyond)
Showsec

Prior to the Arthurs, ILMC head Greg Parmley presented two special ILMC Medal of Honour awards for longstanding service to the organisation. Production manager Bill Martin and agenda consultant Allan McGowan were both invited to the stage. “Bill is nothing short of a magician,” Parmley said,  “He juggles set design, lighting, stands, stages, and a hundred other elements to make the conference and this dinner happen every year.”

And speaking of McGowan, he said, “Across two decades, Allan has been a central figure in all of ILMC’s panels, putting hundreds of them together. And for ten years, his role as associate editor on IQ was instrumental in the magazine’s growth.”