Why deeper engagement is crucial for the industry 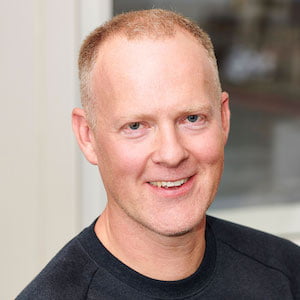 When The Osbournes premiered on MTV in 2002, it changed broadcast entertainment forever.

Suddenly, audiences were let into a celebrity’s world like never before. This access, along with the advent of social media and artist-controlled channels, propelled by the launch of a new generation of mobile devices, accelerated our connection to talent further still. And the barriers between fan and artist became erased in a way that was never imagined.

As we dive into a new decade, it’s worth taking a moment to consider where we are heading – and how technology will continue to enhance this relationship.

2020
New technologies have always presented new opportunities for the industry, and 2020 will deliver fresh impetus for virtual-reality (VR) adoption. For artists, this will provide the opportunity to create new ways to engage with and deepen their relationship with fans, as the technology crosses into the mainstream.

For the first time, thanks to 5G, we’ll be able to watch high-quality immersive entertainment experiences in VR on the move via our mobile devices. We’ll have the ability to play an interactive game, watch the NBA live or stream a concert in real time – while we choose our viewing position on stage. The ability to stream premium content on your mobile device with no latency will accelerate the shift away from traditional linear viewing.

But it’s not just via the smartphone that access to VR is growing; new hardware such as the Oculus Quest is proving hugely successful, with a three-month waiting list helping to drive headset sales up by 31% in 2019. With music experiences such as Beat Saber selling over a million copies, we’re now seeing true audience adoption and engagement.

Once, a meet and greet for a few minutes after a show was all that was available to music fans

Experiences are everything
Virtual reality can open doors into places and experiences we never dreamed possible – be that viewing from the unattainable front-row seats at a Broadway show or being in the Star Wars universe. For music, VR can bridge the gap, transporting us to live events and places we never thought possible.

Where once a meet and greet for a few minutes after a show was all that was available to music fans, that has now changed exponentially – and experientially. In virtual reality we can stand in our idol’s shoes, and it’s a powerful moment. All the barriers that might have stopped music lovers from seeing their heroes live (particularly real for young people) – cost, age restrictions, sold-out events, distance and access issues – are swept away. And the artist and label benefits through a new revenue stream and enhanced engagement with fans.

Millennial audiences are embracing such experiences, driven by FOMO and the ability to share; 78% of them would rather open their wallets for an experience over material possessions.

Deeper connection
At MelodyVR, we are using the immersive power of VR to generate a genuine feeling of presence and emotional connection to create meaningful relationships between fans and artists. We’re opening the gates to major events and building exciting new original content strands that place fans at the centre of the artist’s world, be in the studio, backstage at the show or on stage with them.

We are brought some of these sentiments to our inaugural Open/R Music Discovery Month in January. While introducing some of the best new talent onto the platform, we’re positioning the fan in the scene with the artist, part of the entourage, providing a previously unattainable connection. Fans can get inside the heads of the artists they admire, experiencing their stories through a new more personal lens, taking the journey with them. It’s the sound of the future, presented in the medium of the future.

With VR, the possibilities are endless and restrictions are few

Freedom of expression
With VR, the possibilities are endless and restrictions are few. For artists, this means more space to express themselves freely, without dilution or misrepresentation. This can only mean the opportunity for more genuine understanding and connection between music lover and music maker.

The trick will be in how we work with artists to express their creative visions, work with them to create global event moments and support their careers in totally new visual ways. For the music industry, this represents a real opportunity and the next level of engagement with fans, building on the social platforms that already exist.

Audiences don’t just want deep engagement with the talent they love – they demand it. This is about technology allowing fans to live and breathe music in a way that’s never been possible.

Iain Funnell is SVP of creative, content and editorial, at MelodyVR. MelodyVR will present as part of the New Technology: Pitch it to win it session at ILMC next month.