How to maintain the UK industry’s global status post-Brexit 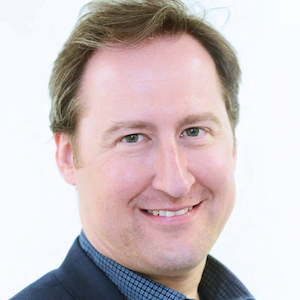 The BRITs this week brilliantly captured all that is best about our £5.2 billion music industry. Headline performances from Mabel, Lewis Capaldi and Stormzy showed just how talented UK musicians are.

With global stars like Billie Eilish and Lizzo also appearing, the event underlined the UK as a hugely attractive destination for everyone from touring musicians, to producers, songwriters to managers and everyone else involved in music-making.

A fundamental part of this has been freedom of movement between the UK and the European Union. Brexit is ending that freedom – as the Government made clear this week with the announcement of a new immigration system.

Home Secretary Priti Patel said the Government wanted to “encourage people with the right talent”, though it is far from clear what will constitute the “right talent”, especially in sectors such as music and the creative arts.

It is vital ministers understand the impact these changes could have on the complex ecosystem on which our industry relies. Freedom to tour and cross borders without further red tape is a crucial.

At present, when artists from outside the EU come to the UK, they are forced to navigate our immigration system with all its complexities.

If a musician from outside the EU is staying for a short period, they must have either a Tier 5 Certificate of Sponsorship or evidence they are here under a permitted paid engagement or performing at a permit-free festival.

The Home Secretary has now announced that from the beginning of 2021 the Government’s broad approach will be to extend this to all musicians and performers from across the EU.

The Government’s proposals will mean some UK booking agents, promoters and festivals are being brought into the immigration system for the first time if they have only ever worked with EU performers.

For many acts struggling to make a profit or simply break even, these extra burdens could make certain tours or tour dates unviable.

Requests to increase allocations can take over two months to come through, so this needs to be done by October 2020 at the latest to ensure companies are ready for 2021.

The Government’s proposals will mean some UK booking agents, promoters and festivals are being brought into the immigration system for the first time

The Government agency, UK Visa and Immigration, will also need extra resources to deal with the increase in requests from sponsors and provide help to those who have not previously used the system.

We at UK Music are talking to the Government about these challenges and outlining proposals to simplify the process to the Department for Digital, Culture, Media and Sport and the Home Office.

The Government’s approach to EU artists coming to the UK for gigs and festivals is another potential problem that could have a profound impact on how UK artists are treated when touring in the EU from 2021.

Many EU member states do not require permissions for people coming from “third parties” – as the UK will formally be defined from January 2021 – for short-term visits.

If the Government is to impose a more costly and bureaucratic process in the UK for EU artists, then we can expect similar obstacles when our musicians tour the EU. This is why ideas such as a post-Brexit “touring passport” are so important.

For those from the EU wanting to work in the UK music industry on a longer-term basis there are further challenges as a result of the Government’s plans to introduce a points-based system.

From Freddy Mercury to Rita Ora, our fantastic music industry has benefitted greatly from immigration

It is welcome that the Government have reduced the salary cap from £30,000 to £25,600 for skilled workers. However, given musicians average earnings per year are £23,000, many will still fall short.

The points-based approach has a degree of flexibility as relevant qualifications can be factored in if earnings are less than £25,600, but again this is problematic for music. Very few are likely to have the required PhD in a relevant subject that would let them come to the UK for work.

There is, however, a glimmer of hope as the Home Office state they will refine the system based on experience and this might include considering a greater range of qualifications, as well as the possibility of a “broader unsponsored route” being floated.

But it is disappointing that the Home Secretary appears to have explicitly ruled out creating a dedicated route for self-employed people – something that would have been beneficial for music where 72% of workers are freelancers.

From Freddie Mercury to Rita Ora, our fantastic music industry has benefitted greatly from immigration. For this success to continue, we need an immigration system that ensures our music industry remains the envy of the world.

With just ten months to go before the new system is due to start, it is crucial the Government listens to our concerns and works with the music industry to deliver a workable and fair immigration policy.