Mary Gavala, marketing manager for Greek ticketing platform Viva, comments on what to do when a promoter drops out just days before a show 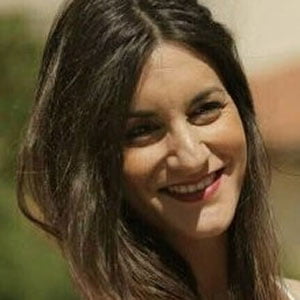 Since 2010, Viva has sold more than 46 million tickets, providing services for over 35,000 events organised by nearly 2,000 promoters. Among such a large portfolio of successful events, there are bound to be cases where things do not go as planned.

Recent concerts by Bryan Adams (18 November) and José Carreras (24 November), as well as two shows by Maluma due to take place in March 2020, are four such cases. Shortly before the Bryan Adams concert, the promoter of the shows, Art BG, informed Viva that due to “financial difficulties” it would be unable to fulfil its obligations and pay for the cost of the shows. The promoter then promptly disappeared, causing the loss of thousands of euros from the sale of two shows’ worth of tickets.

This left Viva, acting as the intermediate ticketing provider, with two options. The first option, and the most straightforward based on the business terms that govern ticketing, was to announce the cancellation of the events and advise the furious ticketholders to request refunds directly from Art BG.

The second option was for Viva to try to salvage the events, becoming responsible for all costs and losses, to avoid cancellations and keep ticketholders happy, no matter the price.

Given that a new but experienced organiser, Gazarte, stepped in to help with the organisation of the events, Viva swiftly decided to follow the second option, assuming the full cost of the shows, which then went ahead as planned.

This decision was the only way to honour the more than 8,000 customers who had already bought tickets to the shows, and to protect the reputation of Greece’s live music business in the eyes of international promoters and artists.

Viva also issued 2,500 free tickets online, with an optional donation of €7 per ticket for the charity Together We Can (Oloi Mazi Boroume), which cares for poor families across Greece.

Viva is now pursuing legal action against the promoter, which has also been at the centre of controversy elsewhere in Europe in recent weeks, resulting in the cancellation of Enrique Iglesias shows in Croatia, Belarus and Latvia.

In the end, the organisational capacity of Gazarte combined with the high-speed reaction of Viva led to two hugely successful events in Athens, with two more to follow in March 2020.