Boyan Robert Pinter of Sofia’s Joy Station charts the journey of the Bulgarian live biz, and explains why scandal-hit companies like Art BG are just a drop in the ocean… 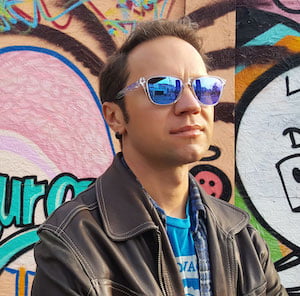 In light of recent developments with Bulgarian promoters, now is the perfect time to widen the lens a bit and take a look at the Bulgarian live music industry beyond its recent highly publicised scandals.

The live music business in Bulgaria only really started in the 1990s. While Europe and the US were crafting the rules of the game and creating high-class music professionals during the post-war years, Eastern European markets had to wait for the fall of communism before a music industry could really take off.

The earliest western acts to come to Bulgaria came courtesy of adventurous local musicians who booked themselves as the support act, profit coming second to the glory of sharing the stage and a cold one with their musical heroes.

Despite these amateur beginnings, by the end of the nineties, Bulgaria had already received the blessing of a number of UK agents and production managers, bringing in stadium acts like Iron Maiden, Metallica, Sting and others. Before 1989, the idea of seeing any of these acts live was absolutely unthinkable. For Bulgarian music fans, these shows were an affirmation, a sign that Bulgaria was finally on the map.

By the 2000s, the Bulgarian live music sector had expanded exponentially. On the wings of a few lucky promoters (some heavily buttressed financially by western companies), a second generation of promoters arrived. These were not the passionate rockers of the 1990s, but a more opportunistic breed who saw the live music industry as a gateway to quick profits.

As the 2010s draw to a close, a new class of Bulgarian promoter is emerging

Unfortunately, these young bloods came to the scene having skipped the foundational level – music biz 101 – as it developed in the US and UK, growing out of social secretaries and campus events organisers. This new wave of promoters wanted only safe bets and sell-out shows.

While fast-moving markets have grown tired of shows consisting of classic rock albums played in their entirety by the few remaining members of a heritage band, Bulgarians, and Bulgarian promoters especially, are reluctant to move away from these established acts.

In effect, very few Bulgarian promoters had ever truly attempted to promote an act, preferring shows that sold themselves. The art of popularising and increasing the demand for an act, shining a spotlight on their talent, shaping public appetites and driving demand never really developed. Their only skill was in delivering shows; this being thanks more to the local production crew than the so-called promoter.

The loyalty between foreign agents and Bulgarian promoters is built on the back of the hard-working production crew. I’m proud to say that Bulgarian crews can, and do, work at every level.

“Show in foreign country went fine!” is not a good headline

Now, as the 2010s draw to a close, a new class of Bulgarian promoter is emerging. Our universities even offer degree programmes in music management. One can start saying “a music industry professional” in all senses of the term. The local scene has quite a few things to be proud of, from the success of large-scale productions like Roger Waters’s The Wall at the National Stadium and the development of the first-century AD ancient theatre in Plovdiv as a concert venue, to the emergence of well-equipped clubs like Joy Station, which has been heavily invested in. These all show a marked step forward.

The music industries in smaller countries rarely make the news with anything positive. Despite our best efforts to fight against these notions and do a better job than most, it’s just a drop in the ocean. This manifests itself clearly in situations where the outstanding work of a Bulgarian production team gets described as, “Not as bad as I expected.” I have witnessed this many times, and while it’s nice to be one of the exceptions, I’d much prefer to just change the perceptions.

It is important to remember that scandals only make the news because they are newsworthy. “Show in foreign country went fine!” is not a good headline.

For every scandal that makes the news, there are many successful shows put on by music-loving professionals and attended by passionate, grateful music fans.