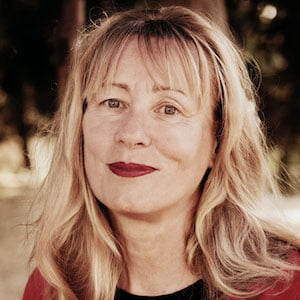 We started Trans Musicales, which recently celebrated its 41st edition, because we noticed that many local bands were often not well-known by local audiences, even if they lived in the same city.

At the very beginning, we didn’t set it up as a festival; we did a concert to support our association, a French not-for-profit entity that was created in 1975 by a friend called Hervé Bordier, with the aim of organising concerts. We invited 12 local bands to perform at the initial event, which took place over two days in June 1979.

The concept was different then. There were fewer than 20 rock and pop or world music concerts happening in Rennes each year. The entrance price was on a voluntary donation basis, and the event was pretty successful, with a total attendance of 1,600.

The following year, both the audience and artists came to us and asked why we hadn’t run the event again, so we decided to organise a second edition, this time in December. The idea was the same: to create the right conditions for artists and audience members to meet (rencontres).

In 1985, we redefined the Rencontres Trans Musicales de Rennes as a festival, and stopped doing other shows so that we could focus on the one event. We went from having just local bands, to bands from other French cities, to European bands, and, from the end of the ’80s, to bands from all around the world.

While we don’t look down on the music industry, we don’t feel that our event is part of it

We chose and still choose bands that we believe have something new to bring to the current music scene.

We like to keep in mind the humble beginnings of our event, back when rock music was a counterculture and there was little access to live music from that genre; it was difficult to see live on stage the bands whose records we were buying.

Nowadays, the music market focuses on artists who are already famous and on those with a huge potential for record and concert ticket sales, which has led to the industrialisation of music. But we are not aware of the reality and potential of musical creation across genres. Maybe we miss artists that we might have otherwise liked.

To us, this translates as not really having a choice when it comes to what music we are exposed to. We aren’t really free to choose. So that’s what we want to offer our audiences: a real choice. We expose them to a diverse lineup and they are free to take away what they want and like from it, and leave the rest.

We’re lucky that through our choice of artistic direction, we haven’t experienced the huge rise in artist fees that most festivals have in past years. Artistic freedom is really the big benefit, as we don’t depend on musical trends and what big acts are touring that year.

We have evolved slowly as an event, and our audience has stayed loyal

We have evolved slowly as an event, and our audience has stayed loyal. We also stick to our guns and we have done so since the beginning, always defending the same ideologies: the unknown is worth knowing; the liberty of choice is compelling; and popular music genres (rock, jazz, world music) are arts first and foremost, before becoming part of an industry. While we don’t look down on the music industry, we don’t feel that our event is part of it.

We may run parallel to it, but we start from a different location. Trans Musicales is a great place for bands to play because we attract most of the music industry professionals from France and beyond. An agent once said to me that he got 40 offers the night of his band’s show at the festival. We play our part.

We have a low-price policy because our purpose is to help people discover unknown bands, which is impossible to do if you don’t have a price policy that allows everyone to be able to access the event, even if they are on a low income.

Finally, we are a “sustainable development” festival (certified ISO 20121) which means we pay attention to all our stakeholders, and try to make the festival an easily accessible one. For us, the easier the access, the more people can attend and the better the ambience of the festival.