The Cult's latest tour, which sees them performing 1989 album Sonic Temple in full, sold more than 25,000 tickets in the UK 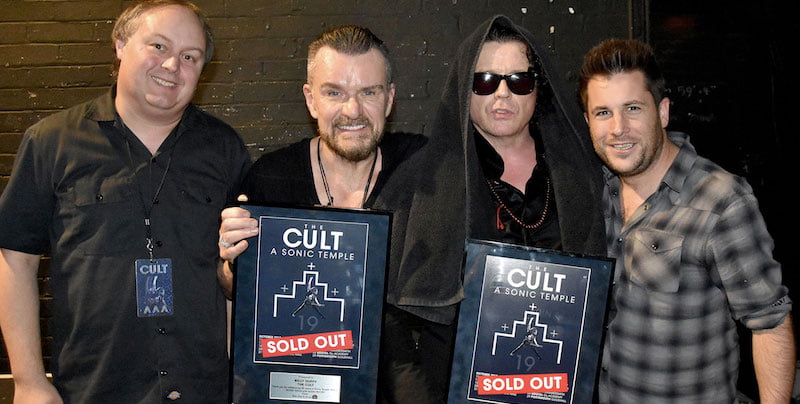 The Cult and team at the Eventim Apollo

Veteran British rockers the Cult celebrated the 30th anniversary of their fourth album, Sonic Temple, with a sold-out UK tour that sold over 25,000 tickets.

Promoted by Kilimanjaro Live, the UK leg of the Sonic Temple tour saw the band play venues including Rock City (2,000-cap.) in Nottingham, the O2 Apollo Manchester (3,500-cap.), Portsmouth Guildhall (2,500-cap.) and the Eventim Apollo (5,000-cap.) in Hammersmith throughout October.