Heather Peace, artistic director and founder of HearHer Festival, explains how the all-female event creates a platform for women artists in a male-dominated industry 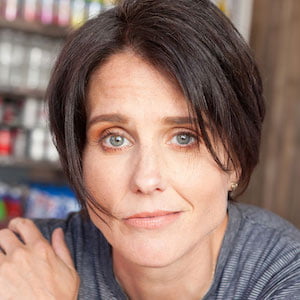 I am only just recovered from the intense adrenaline rush of putting on a three-day music festival. The inaugural HearHer Festival took place in a rainy holiday park in Poole, Dorset, in the UK, on the weekend of 11–13 October. I’ve felt emotionally and physically battered but so, so happy at what my team and I achieved.

HearHer Festival is a music festival with an all-female line-up. It’s a statement against the gender imbalance in music festival line-ups in the UK and abroad.

The percentage of women-fronted bands or female solo artists at Download last year was just 3%; at Trnsmt it was 11%, Kendal Calling 14% and Glastonbury 29%, just to mention a few, according to Ann’s Cottage’s British Festival Report. The average – between the UK and the US, at all major festivals – was coming out at 19% in total.

With the Keychange initiative at PRS making festivals rethink their bookings, this year has seen significant improvements, especially with Glastonbury wowing us with 42% female-fronted or solo artists on their bill. But Emily Eavis was recently quoted as saying that while she would love to book women in the top slots at Glastonbury, “the pool isn’t big enough. Everyone’s hungry for women but they’re just not there.”

Huge talent absolutely is there, but women are not being given the slots to hone their performances – they are not being nurtured from the off.

HearHer is not a novelty ‘woke’ response to male-dominated festival bills, but a celebration of talent

HearHer is more than just a weekend of music; HearHer is part of a movement. We also support women in production and sound engineering and want to provide apprenticeship opportunities for the engineers coming through. After being a victim myself of the PledgeMusic collapse just this last year, I want to also be able to provide artist bursaries towards the costs of artists’ first EPs/albums.

This festival is about women uniting with a clarion voice to say that this has to change across the board. At the festival, Soak said that booking women should not just be a novelty; it should be commonplace. I want HearHer to remain the small, boutique festival it is today but be a nurturing space from which bigger festivals can pluck our artists and take them to the next level.

HearHer is not a novelty ‘woke’ response to male-dominated festival bills but a celebration of talent, and a platform that hasn’t currently been provided. HearHer was never about excluding men – we wanted them to attend and many did, along with kids and even dogs! We provide a safe space for everyone, and the feeling at our little festival, I think, was unique.

I am excited at the prospect, in a few years – when we have reached a parity in festival line-ups, or close to – of welcoming the first male artists or male-led bands to HearHer. I think that would be really something to celebrate.